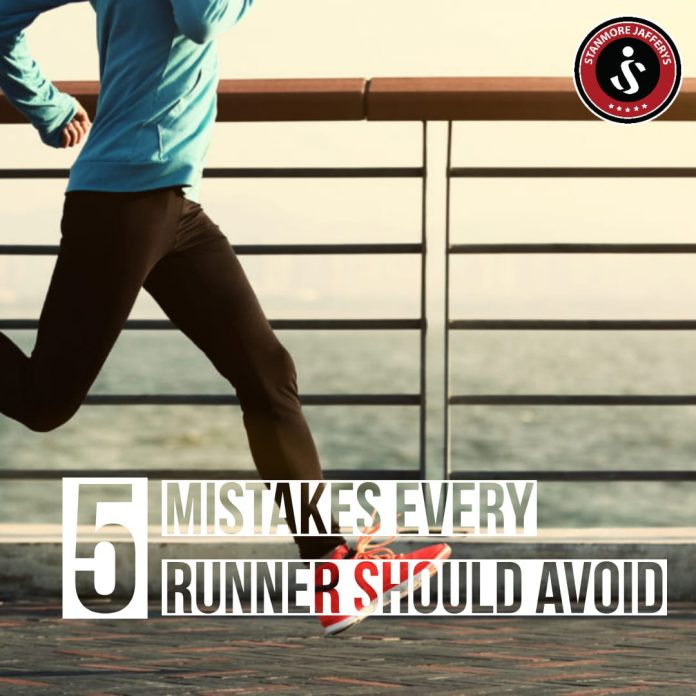 1) Too much too soon – Your enthusiasm for running has to run parallel to your body’s adaptation. Some runners think, the more they run, the better they’ll get. The problem is your body is just not capable of making the changes it needs to as quickly as you want it to. Your heart needs to get stronger to pump more blood, your calf muscles need to grow, networks of new arteries need to be created to supply your muscles with oxygen. Biological changes take time. Experts advice that you should not add more than 10% to your mileage every week.

2) Incorrect running shoes – running is a relatively cheap activity, but some use this an excuse to skimp over their running shoes. Every runner should get a gait analysis that provides you with biomechanical information about your running style and which shoes are most suitable for you. A large portion of injuries such as shin splints, IT band syndrome can be traced back to incorrect running shoes. Nearly every running shop will do a gait analysis for you and advise you which shoe is most suitable for your running style. Pass over on this at your peril.

3) Neglecting strength and core work – one of the biggest misconceptions about running is that it is a catch-all for physical fitness and can take the place of all other forms of exercise. In fact, the opposite is true. You need to prepare your body with strength-training and flexibility workouts in between runs so your lower body can weather the impact of running several miles. Runners who incorporate some resistance or strength training along with running are half as likely to sustain an overuse injury as those who only run. Stronger runners also find themselves running with less effort, which means running is easier to enjoy.

4) Out the blocks – You know the feeling: you are out for a run, feeling like a million dollars, and you set off like a bullet. Fast forward 15 minutes and you are slumped over gasping for air. Saving your energy at the start to finish strongly is not only a great running tactic but psychologically ensures you feel great about your run at the end meaning you are more likely to head out next time. The Manhattan’s on your pace chart should be getting taller as your run goes on, not shorter.

5) Lack of variety – Want to get bored of running and reach a plateau? If you are running the same old routes over and over again, you are going about it the right way. Variety is a runner’s best friend, and without it you will seriously struggle. Variety can come in the form of running with someone else, running somewhere else or running something else (intervals, tempo, slow runs, fast runs).

That’s Why I Run – Ashiqali Damani

That’s Why I Run – Abbas Bhimji