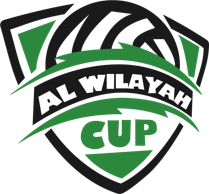 The news you have all been waiting for! After months of preparation we are now in a position to reveal the teams that will represent Stanmore Jafferys at the upcoming Al Wilayah Tournament. Last week we had released the names of the players who had made the provisional squad for the tournament. All the selectors concurred that it was one of the toughest calls we have had to make to drop the 70 registered players down to the 33 for the provisional squad.

We have since had to drop a further two players as we finalised the teams – again, a very tough and difficult call to make. Which is a testament to the dedication and commitment shown by the players. Inshallah we can continue this post the tournament and further develop the pool of talent at SJVB

If you have any questions, please do contact either myself or a member of the selection committee.