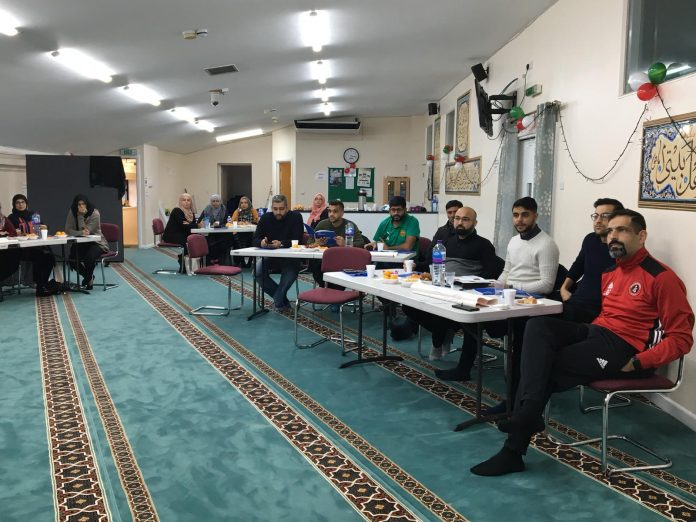 This spirit was also more evident at the latest MAMT tournament in Birmingham earlier this year where there was active communication and teamwork leading up to and in preparation for the annual event.

As part of this development annual meetings for CoEJ Sports leaders is becoming a more prevalent feature in the calendar and the latest gathering to that effect took place on Saturday 16th November at Al Zahra Centre (Watford).

The Centre in West Watford was busy indeed this day with a CoEJ Madressa meeting running in parallel further underlining the importance of a united approach to progress the community.

With the Madressa meeting occupying the new ground floor, the sports meeting was held on the upper floor. The gathering was well attended with around 30 Jamaat representatives from Wessex in south to Birmingham in north together with the CoEJ/MAMT representatives. 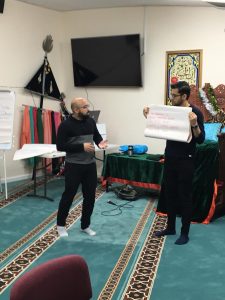 Following blessings by recitation of the Holy Qur’an, head of MAMT Sajjad Jivraj opened the meeting welcoming all participants. At this juncture we would like to commend and applaud the remarkable efforts by Sajjad for his tireless work and leadership by example, ensuring the event was a success. 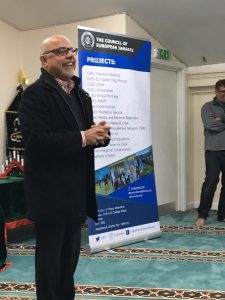 The gathering was then addressed by the CoEJ president Dr Akber Mohamedali who has pledged and committed continued and increased support to the sports agenda. We also had the councillor lead for MAMT, Dr Hussein Jiwa, present and actively engaged in the discussions.

Following the opening speeches, CoEJ representatives shared the results from the post tournament online survey where the participants had the opportunity to share their constructive thoughts and feedback. 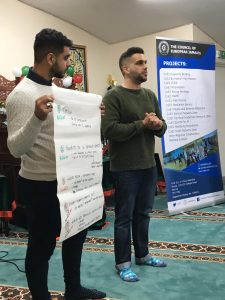 After Salaat-ul-Maghrib the future of CoEJ sports and its structure was discussed. As a result, a task force was appointed to draft ToR with the objective of setting up a CoEJ central sports department. 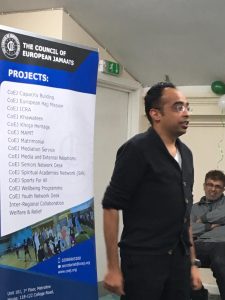 The final point on the agenda was the MAMT schedule over the next 4-5 years and the options available in light of the Muharram/Safar season moving in during the August Bank holiday. This discussion is ongoing and we will keep the membership informed of the outcome.