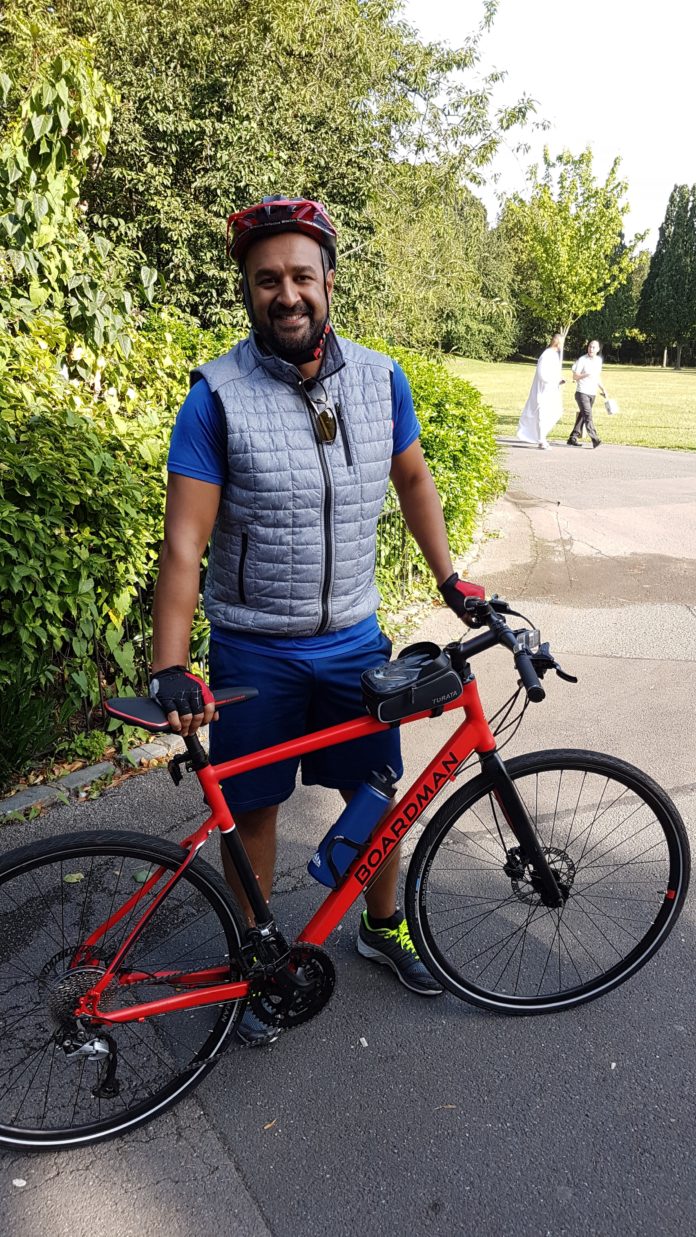 Early Sunday mornings are often the best times of the week to go cycling, as most people are in their deepest slumber. And so it was on the morning of Sunday 11th August, when a group of us gathered at Northwick Park Station – the meeting point for our journey into London. The aim was to cycle to Regents Park, take in a few loops of the famous city landmark before returning home before Zohr. It was the Day of Arafat after all, and many wanted to be in mosque for the start of the Amaal program after Zohr, so an early start was necessary.

Our group consisted of 17 riders with varying levels of cycling experience. Those who were more skilled helped marshal the streets and provided a safe environment for those with less confidence. The roads of London can be notoriously challenging for those just starting out as cyclists, and that added level of security made the experience more rewarding.

Having made our way through Preston Road and passed the unusually empty streets of Wembley, we started to find some fast downhill stretches that allowed us to pick up some speed as we made our way through Kensal Rise towards our destination. As we passed Lords Cricket Ground, we started to notice lots of Muslims many of whom were wearing their sharpest Khanzus and Sharwanis heading towards Regents Park Mosque

Today was Eid Al Adha for some of our brothers and sisters, and the mosque was a hub of activity as people came in and out of the centre. What was also striking was that there were worshippers from a wide variety of ethnic backgrounds who had come to take part in the Eid prayers and it was a beautiful representation of the mixture of ethnicities that London has come to represent. In addition, the Eid celebrations were also a family affair and there were as many women as men who had come to partake in this joyous day.

We arrived at the entrance to Regents Park 58 minutes after leaving our starting point, and it was a good opportunity to refuel before we got back on our bikes. Some of the more experienced riders set off for some quick laps round the park whilst others decided to hang back and set out at a more leisurely pace. We were warned at the start that the park would be full of keen cyclists and they were soon zooming past at breakneck speed. On our way round the park, we also noticed some of the animals of London Zoo, including some giraffes who were enjoying their breakfast of leaves.

After a few rounds, there was a quick chance to refuel before setting out on the return journey. The downhill sections that we enjoyed on the way out proved to be challenging hills on our return however, and there were several longer ascents that we needed to navigate as we made our way towards Harrow. In addition, whereas the roads were quiet earlier on, the traffic had now increased, and we needed to be fully aware of our surroundings . Yet again, the marshals excelled at guiding the group though the busy roads and even those languishing towards the back were not left alone. We arrived back at Northwick Park just before 11am, in good time to freshen up and get ready for the Amaals.

Some of the group are looking to take part in the annual London to Brighton charity bike ride in September and this was the perfect start to training for the 54 mile challenge. Although we managed to do around 25 miles on this trip, we will continue to train hard over the next few weeks and go on some longer rides ahead of this exciting challenge.