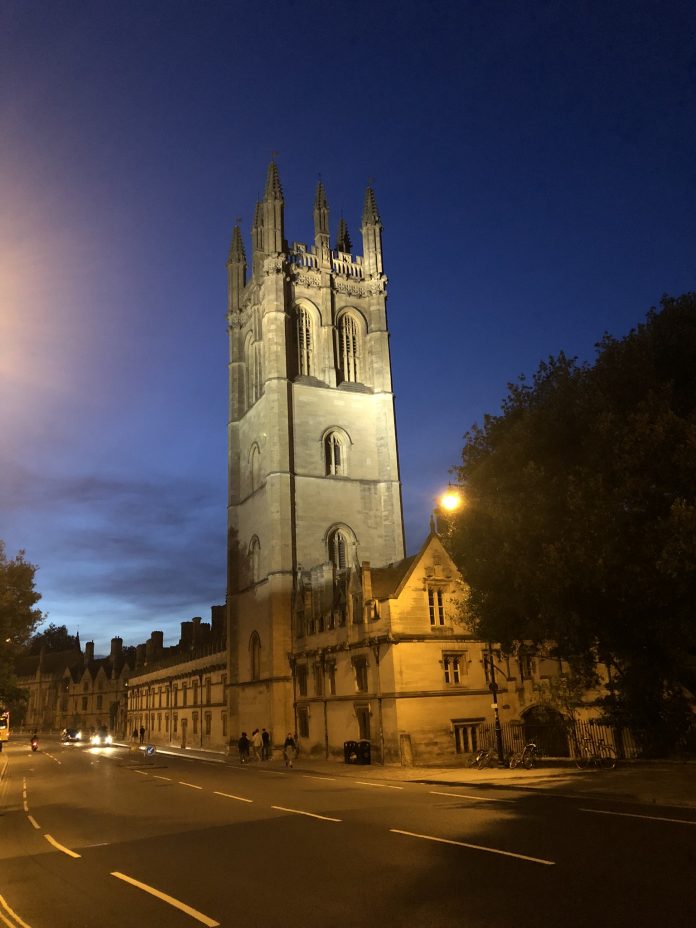 Last month I had the honour to attend the Oxford Muslim-Summer Summer School. At the age of 18, I was the youngest participant in the history of the course with many of my colleagues on the course being part of ordination training. I had a great time learning about both religious scriptures as we undertook sessions of scriptural reasoning (analysing the Qur’an and the Bible in parallel by looking at a common theme mentioned in both). Moreover, we indulged in learning about the history of the two religions and we also had sessions alluding to contemporary challenges which both communities face.

Upon talking to the director of the course, I found out one of the reasons I had been accepted onto the course was because of my enthusiasm for expounding the link between meaningful and sustainable interfaith through the medium of sport. This was something I had witnessed through Stanmore Jafferys events such as the Salaam Cup.

My previous experience of interfaith had been sitting around a table with members of the other faith and complementing each other on the similarities between the two religions. Whilst this was better than doing nothing at all, it lacked a vision and was certainly not sustainable as it would get to a certain point where repetitively churning out positives was exhausting. This led me to think about where interfaith can be made progressive and purposeful.

There were two events which allowed me to formulate my views. Both these views were reinforced events that occurred at the SJFA Salaam Cup. Firstly the Muslim-Christian Summer School accentuated the fact that both religions consist of a very diverse diaspora, something I saw through the participants who represented a tiny segment of the religion. Yet despite this, we were brought closer by our passion for a sport or our love for food – two universally popular humans interests. Conversations at the summer school then flowed, much better than they would have if we launched in from the start quizzing the other religion about the Trinity over coffee.

Secondly, I was having lunch with a Christian school friend and we were talking about religion. It was the first time we had done so after a good four years of friendship. I remember sitting there contemplating how incredible it was and it allowed me to see our friendship was based on our common interests as humans, notably Turkish kebabs, not as members of a religion. Our religion was important to us, hence why we were discussing it, but it was our shared interests on a human level which allowed us to be in a position to do this.

Both experiences highlighted the importance of breaking the superficial barriers which are the differences which humans face when they first interact with each other. After this was broken, allowed us to get into a meaningful doctrinal debate, something which would have been difficult to achieve in the early stages of our friendship as we would have been carrying both doctrinal and superficial differences.

Breaking the superficial barriers was something that was evident at the Stanmore Jafferys Football Association (SJFA) Salaam Cup as members of different faiths congregated and interacted on a human level. Whilst a Muslim and a Christian were speaking to each other, it didn’t feel like that, rather two football fanatics having the desire to win. Football, as well as other sports, allows you to connect as people which allows friendships to be fostered. The next step then can be to talk about religion, yet now you have that security of friendship which helps you to be more open and respectful to each other.

The power of sport transcends keeping fit and winning tournaments. For it was cricket (India v South Africa 1991) which helped bring South Africa back into the global community after the end of Apartheid which resulted in years of great global insularity. It is football which helped show that political tensions between the USA and Iran which had descended after the Iranian Revolution, should not represent the relationship between people of the two states, as both sides presented each other with gifts as their governments were still at loggerheads in the 1998 World Cup. It was football as well which allowed humanity to be found in the trenches during World War I as the Germans played against the English during a mutually agreed truce on Christmas Day 1914.

In the same way, sport can be used to enhance relations between different faith communities. I look forward to helping Stanmore Jafferys try and explore more opportunities for interfaith activities. Hopefully more the activity can expand beyond football also. To sum this up, Nelson Mandela encapsulates this message succinctly when he said, “Sport has the power to inspire and unite people. In Africa, soccer enjoys great popularity and has a particular place in the hearts of people.”