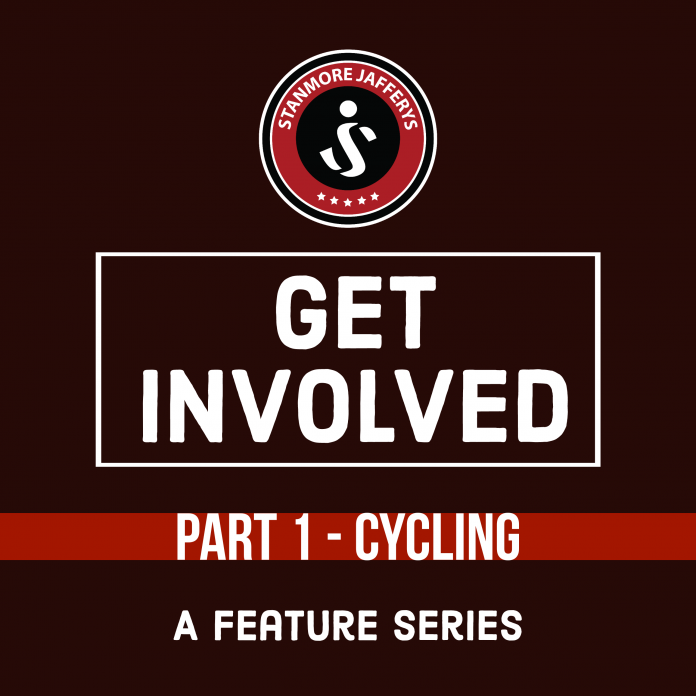 Little did Imran Mamdani know that 2 years after the inception of SJ Cycling, he would be involved in the raising of over £150K for international water projects. Membership of the SJ Cycling Club has gone from 30 when the club held its inaugural ride in 2019 to 165 members after their last sportive in September 2020. Imran speaks of a ‘sporting vacuum’ that has gathered momentum in the COVID environment and how the lockdowns have allowed for an explosion of interest in the sport.

Imran and his team organise weekly rides across three abilities – Beginners, Intermediate and Advanced. He takes especial care to ride with Beginners in order to aide their development and in many ways sacrificing his own. ‘Some of the members who started out on the Beginner trail are now experienced riders constantly beating their personal bests across lengthy distances. It’s so satisfying,’ says Imran enthusiastically. A unique feature of SJ trails that Imran has designed is going into areas where the membership might previously not have ventured. Imran noticed an aversion to parts like Harlesden, Golders Green and parts of East London and so set up routes into these areas where cyclists could stop and sample the unique characteristics. ‘In future, I want to set up rides that might stop at places our core membership might have given short shrift to, I’m thinking temples, synagogues and churches. This city has incredible diversity.’ SJ Cycling are particularly keen to dispel prejudice and its clear how impactful these stops and subsequent visits have been in counteracting preconceived notions.

Imran puts his fundraising successes down to a positive pyramid scheme strategy on donations. The club set up a core nucleus of fundraisers who then worked their networks. Monies were raised entirely by individual donations with no institutional involvement, except where employers matched funds raised by an individual. Imran has also worked tirelessly on making cycling more accessible. SJ Cycling offers advisory to riders of all levels on means to get cycling equipment cheaper and loans out the five indoor trainers it owns to younger cyclist members. Cycling has received fantastic advisory from our networks in Toronto and Dubai where the elements mean trainers are far more popular. We’ve also had great support from our regional collaborators, particularly in Milton Keynes, Peterborough and Birmingham when seeking partnerships for the Ali Asghar Water Appeal (AAWA).

One of the great examples Imran and his team look to is the strides made by Football in relation to the setting up of an Academy. ‘It’s something we have developed and will launch for cycling. Like SJFA, we have established great ties with the regulator, British Cycling Association and we want to be the launching pad for inspired youngsters and work towards developing the supposed genetic/physical drawbacks we might have.’ The regulations and transparency in the sport following the Lance Armstrong controversy means cycling is presently one of the most well-structured sports globally and with 16 U16s already on the membership roster is well-placed to advance greater professionalism and training to budding cyclists within the fraternity.

Plans are presently apace to launch a third AAWA sportive. One area which Cycling really seem to have nailed down is marketing efforts. Past AAWA events have benefitted from highly integrated marketing campaign, with communications in the way of videos, flyers, posters and varied grassroots outreach. Cycling raised around £120K through the last AAWA event, and are looking to beat that this year. This year’s event will benefit from international participation and shows the level of involvement Cycling has been able to foster. The club is looking to generate even more local participation, so if there’s a single message you take today and are inclined to cycle, please, get in touch. You won’t regret it.

Written by : Maisam Datoo AKA Pogba

Dad approached me with a seemingly crazy idea