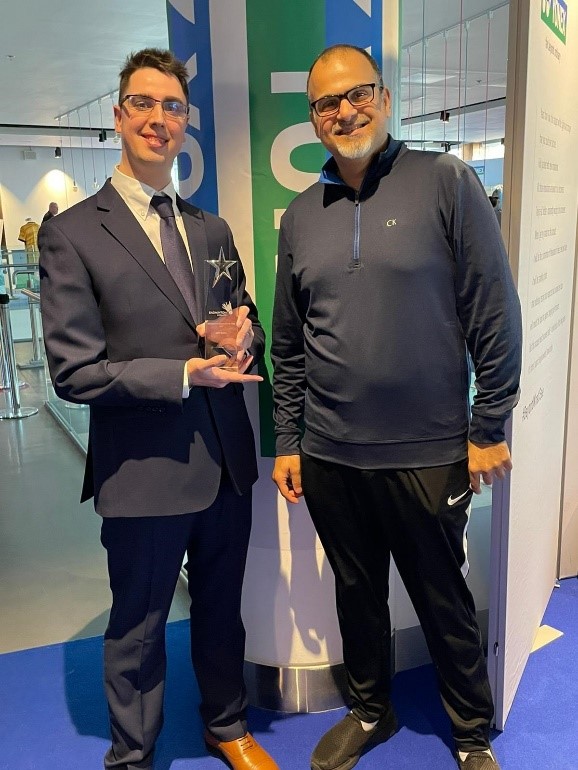 Stanmore Jafferys are proud to announce that our Boys Badminton coach, Keith Burns, has been awarded the inaugural Badminton England ‘Grassroots Coach of the Year 2022’ award.

Last week saw the Yonex All England Badminton Championships at the Utilita Arena in Birmingham. Keith was presented with his award on centre court, just before the finals matches commenced on Sunday. It was an absolute honour to watch the presentation ceremony live and then to watch top international players battle it out on court for the coveted titles.

This amazing accolade is testament to Keith’s coaching skills, leadership and dedication to grassroots badminton. He has been coaching our SJ boys for a number of years now and hopefully will continue to for many more.

Keith’s club, Abbey Badminton Club, has been established for over 14 years. He started with 2 courts, once a week and has now grown to having junior sessions every weekday after school at various locations plus sessions throughout the day on Sundays in St Albans. His team of qualified coaches has grown in number from 2 to 10, again showing the calibre of his leadership.

We would like to convey our heartiest congratulations to Keith on this brilliant award and thank him for his continued commitment to the SJ boys.