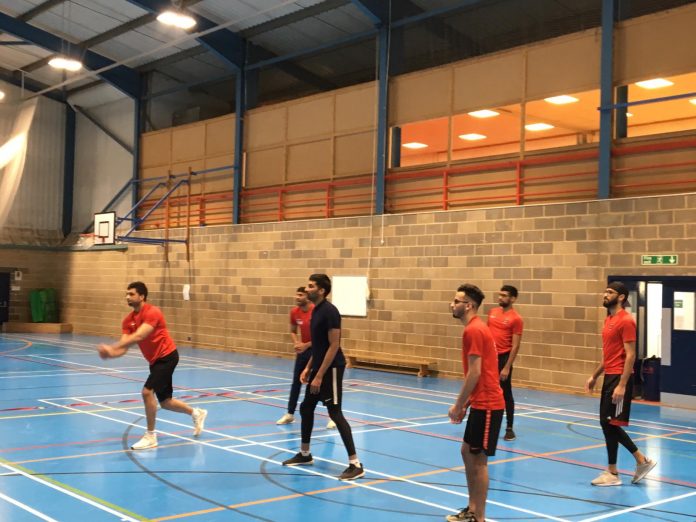 Hope you are all well and looking forward to the 4 day weekend.

On Saturday 13th April, SJVB hosted an Exhibition Event in which 3 teams participated:
1) Stanmore ‘A’
2) Stanmore Legends
3) UK All Stars

This was the first time in the UK that we have hosted such an event featuring an All Star team with players from different jamats in one team to take on Stanmores finest.

The evening was very succesful and drew a good crowd as well to add to the occasion.

Stanmore A then faced the Legends who put up a very good fight even though they lost all 3 games to the A team (13-2, 15-7 & 11*-11). The third game was a fascinating encounter with legends only loosing out in the final second.

The third set of games were between the UK All Stars and the Legends, now bearing in mind some of the legends squad were carrying injuries (Dossa & Rajwani), some hadnt played in years (Zuski, Kumail & Shafiq) and some are over the hill (Maysam & AP), by far these were the most exciting games of the night, the All Stars narrowly won 2-1 (10-9, 7-9, 11-10) with all games going down to the last minute. A truly phenomenal effort by our players and it was a joy to see them back on the court.

The finals were played between our A team and the All Stars, with the A team running out comfortable winners

The primary aim of the evening was to provide tournament style practise session for our A team who are off to Minnesota next week for the annual North American VB tournament but more importantly to get brothers together on the court and have a great time playing the sport we all love.

Please keep an eye out on our Social Media platforms for updates from Minnesota.

We wish the boys all the best and inshallah they can bring it home.

Below are a few pictures from the evening