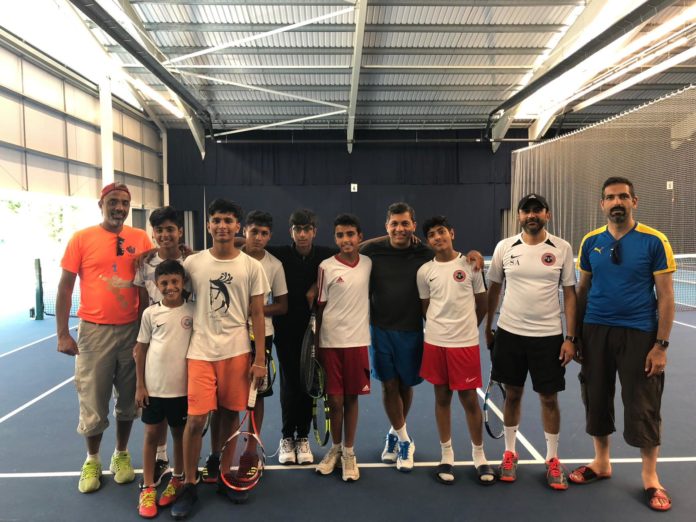 Stanmore Jafferys Racket Sports sent a record contingent of Gentlemen and Boys to Birmingham for the 2019 MAMT competition.

Rackets sports were prominently featured at this year’s MAMT. It was well recognised across the board this weekend that the success of the SJRS Festival of Rackets has helped to spearhead the growth of rackets sports in our community manifested by record entries across all four rackets sports particularly in the boys categories.

More importantly, the quality of performances on display showed a vast improvement from previous years. The Boys have significantly developed their rackets talent and the majority of them participated in badminton, tennis and table tennis.

SJRS enjoyed a sweeping success winning almost every Rackets trophy on offer. Congratulations to all the winners and finalists for an outstanding performance. Full list of SJRS honours is listed below.

Thanks also to all the SJRS coordinators who helped run their sports and a key part of the overall organisation. Thanks to the Boys’ parents who volunteered and provided great encouragement for all the players.

In Adults badminton the Khaku brothers regained their doubles premiership tile and in the singles Murtaza defeated his younger brother Mohamed Jaffer in the finals. In the championship category, Sib Lalji battled to win against a promising young talent Abbas Arif Merali and in the doubles experience won against the youth with Muhammadsadiq Mandan and Rizwan Khimji beating Abbas Arif Merali and Fayaz Kassam. In Adults Tennis, SJRS Chair Abbasali Merali retained his premiership title with a win against an upcoming youngster Irfaan Kanji and former Kenyan open junior champion Shams Tommy rolled back the year’s to win the championship singles. SJRS deputy Sibtain Allibhai reached the doubles finals with young Qaimali Ravji. In the doubles category SJRS blended youth and adults pairing proved to be a great experience for the boys. In the Adults Table Tennis Arifali Hirjee and Shiraz Jamal shared the winners mantle and The established pair of Arifali and Mustafa Merali defeated Sibtain Allibhai and Shiraz Jamal in the doubles.

In Adults Squash Nick Wilkinson was a finalist in the Championship category.

Amongst the youth categories, SJRS boys dominated throughout. Some of the boys are becoming established rackets personalities as can be seen from the honours list below and congratulations once again to all the winners and finalists.

The highlights of the boys events were the quality of the matches and the passion shown by the boys. There were some outstanding nail biting finals in each of the racket sports completion. Overall, a weekend to be proud of for SJRS and a celebration of just how far racket sports have come in our community. Onwards and upwards!