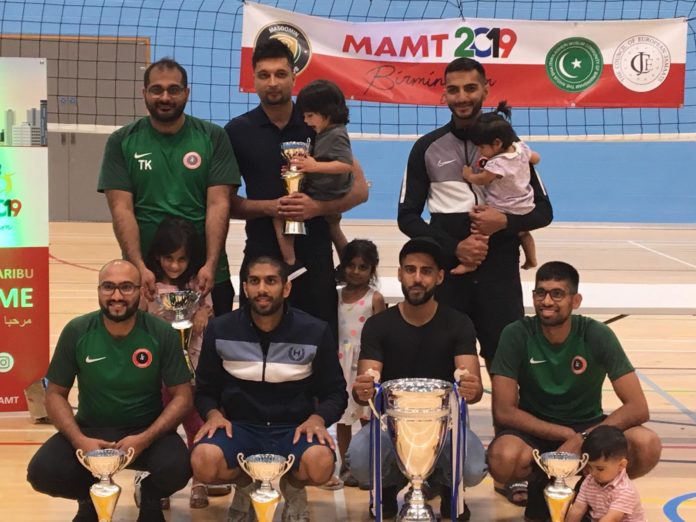 Premiership Tournament:
Stanmore Lions emerged as winners after beating Hyderi A straight two in the finals. Great work by the team to bring the trophy back home where it belongs and justifies the decision to split the A team this year to give experience to other T1 players

Stanmore Bulls were beaten straight two in their semi final match up vs Hyderi, but played very well upto that point in only loosing two matches during the tournament.

Stanmore Snrs just missed out on qualifying for the playoff rounds of the premiership on points difference.

Championship Tournament
Stanmore Sharks were runners up loosing straight two to Bham Smash Bros in the finals. A decent effort from the team, but an acknowledgement that we didnt play to our true ability else the final was there to be won. Inshallah we come back stronger next year

Plate Tournament
Stanmore Youth A brilliant tournament for the youth, in their first round they won 2 of their 5 games, only suffering narrow losses to the likes of Leicester B and Pboro B. This meant that the lads qualified for the plate event where they played 3 games and only lost 1 of these to the eventual plate winners Wessex. That defeat meant we just missed out on qualifiying for the finals. But in their first ever tournament as a team the boys proved that the future of SJVB is in safe hands. At this point, i would like to ask the boys to keep working and showing the dedication they have over the last 8 months to further improve their game, the hard work has only just started!!

Stanmore Jaguars also made it through the plate, but missed out on qualifying for the finals. Another great effort from the boys especially as some of the players hadnt been on the court for a few months.

At this point i would like to thank my team who have put in countless hours over the last few months in preparing for the tournament.
A massive thank you to all the players too for their commitment, discipline and hard work not only during the tournament but over the last few months too and ensuring Aldy is always buzzing on a Saturday night. All of you are responsible for any success we achieve!!

Our attention now shifts towards preparing for Dubai Unity games. Inshallah will send comms out later today regarding this. AAWA Training Ride #1 – To HCC and back