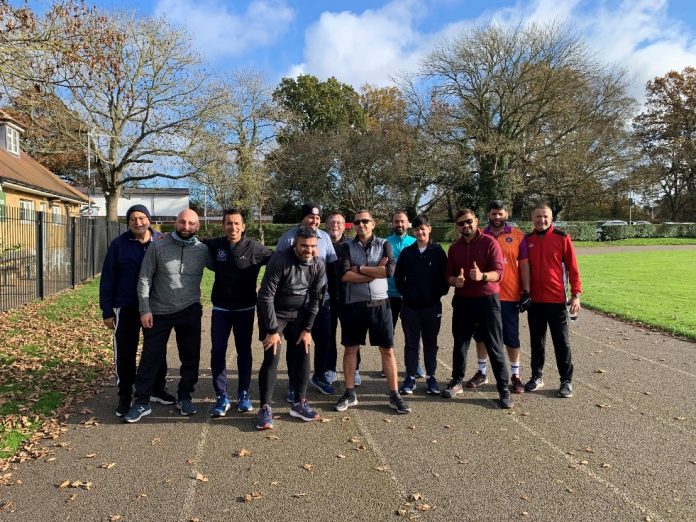 “Please stop this running nonsense, you’ll end up damaging your knees”. “Why can’t you play cricket or do some other activity?”. “You’re going to end up with arthritis if you continue running”. Chances are, that if you are of Asian descent and a runner, you’ve probably had the following phrases thrown at you at some point along your journey. Go to any event, marathon, half marathon, 10K or even your local ParkRun and have a look around and count how many Asian people there are. This is not a criticism of the organisers of these events, in fact more is being done now to widen participation than ever, but it is merely an observation.

On the face of it, it fails to make sense. The pandemic has shone a light on health inequalities in certain communities. South Asians are known to be disproportionally impacted by conditions such as  diabetes, high cholesterol and obesity through a combination of lifestyle factors and genetics. Running, on the other hand is one of the best activities you can undertake to keep you physically and mentally active. Combined with its accessibility, a pair of shoes is all you need they say, one would think running and the Asian community would go hand in hand. But sadly they haven’t.

Stanmore Jafferys, popularly known by its 2 letter initials ‘SJ’, is a Muslim community based sports organisation in Stanmore, Northwest London. Over the last 10 years it has seen an explosion in the sporting activities it offers for both genders and people of all ages; from a professional run football operation, to an array of racket sports, to the monumental growth in cycling amongst its members. But up until 2020 there was one glaring hole in its portfolio, running. While there were a handful of runners in the community, it was a microcosm of the relationship between Asians and running.

So in 2020, during the height of the pandemic and with the first lockdown in full swing SJ decided to use the silver lining in the dark cloud to add running to its portfolio. The reception was lukewarm at best, people took note but preferred to sit on the sidelines to see what this running fuss was all about. A handful of regulars joined in group runs over the summer. But as time went by, and people realised this was a safe space where no question was too silly to ask, no one was going to judge you against Mo Farah standards and most importantly the running club literally ran to its mantra, ‘We never leave anyone behind’, numbers and interest in running grew.

Fast forward 24 months and the barriers that previously existed are slowly being taken down. A strong cohort of healthy runners has appeared in SJ, people who had previously never contemplated taking up the activity are now regulars at group runs, the club has stuck deals with local running shops for member discounts, over 20 runners took part in the London Landmarks Half Marathon raising over £80K and countless video, audio and written material has been produced to support SJ runners. And every few weeks an enthusiastic member of the community will now reach out and ask for support in taking that first step in their journey.

The key to the current accomplishments have lay in understanding the nuances of their community. Despite Farah and Kipchoge representing minority communities, their accomplishments are almost non-relatable to a potential recreational runner from the Asian community. But bring social elements into running and you recreate community bonds. Chuck in some treats at the end of your run and you bring in hospitality. Add in some challenges and the competitive elements come out. All characteristics and features that run deep through Asian communities. And ultimately, all characteristics that finally start to make running a lot more relatable. But this is just the beginning SJ feels. With a club membership of over 1000 it is currently scratching the surface. There are still many more members it wants to reach and ultimately many more lives it wants to change for the better.