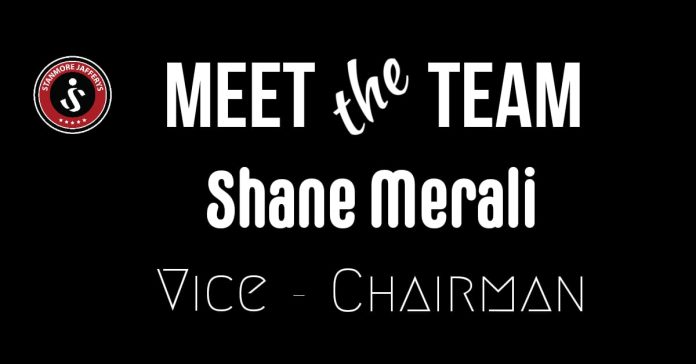 It’s amazing how the time flies as I sit down to interview the vice Chairman of Stanmore Jafferys on a wet Thursday afternoon. There’s much in the pipeline and at times it’s difficult to stay on point as we talk about our shared experiences and mutual contacts in Dubai as well as the numerous items on a full agenda at SJ level. Nevertheless, Shanu (as I know him) talks at length about the Mombasa effect. A son of Kenya’s coastal hub, he talks enthusiastically about the heritage and legacy left by Mombasa’s iconic Jaffery Sports club and the influence of his fashion designer father, Mehboob. Prominent at Jamaat level especially in the arrangements of the sombre months of Muharram and Safar, Shanu mentions how involved his father used to be during the famous Juloos procession. He cites his own meticulousness and attention-to-detail being borne at his father’s side at their Mebs Fashions store opposite the famous Mombasa Post Office. ‘I’d never want to see my association with the club to be seen as a sacrifice. That’s not the approach for sustainable success. It’s more a duty. Anyone I’ve seen achieve or bring about any long-term impact, does so with an enthusiasm that is far, far removed from sacrifice’.

The global volleyball fraternity is well aware of Shaneabbas’s tireless efforts and support for SJVB. Shanu talks of the allure of volleyball and how he was first attracted by bright lights, ‘it was the only game you could play under floodlights’. He talks knowledgably about the mathe mathe traditional game and how entwined the game is with Khoja heritage. His stint as Coordinator has come with unprecedented domestic successes, ‘we swept up between 2017 and 18. I mean, we won it all – both Tier 1 and 2, including Wilayah. It was 7 trophies in two years. We are on a journey in terms of the international scene and we fear nobody’. Shane can recite the events at Minnesota’s 2019 tournament almost off-hand. He talks passionately about the A team’s performances and a little about the injustice of their knockout. You can see the pain still simmers as he begins discussing how close SJVB are to success on the international front. As Volleyball Coordinator, he wants SJ to be a platform where players can learn. ‘We’ve had tremendous success in bringing youth to the game. I want this bhumla word banned. I despise it. Anyone giving it large might be competent in the game, but I’d like to see how they would perform in any of our other sports’. There’s a strong resistance to belittling and a desire for inclusivity. For those of you wondering, Shaneabbas still acts as Volleyball Coordinator, so get involved! 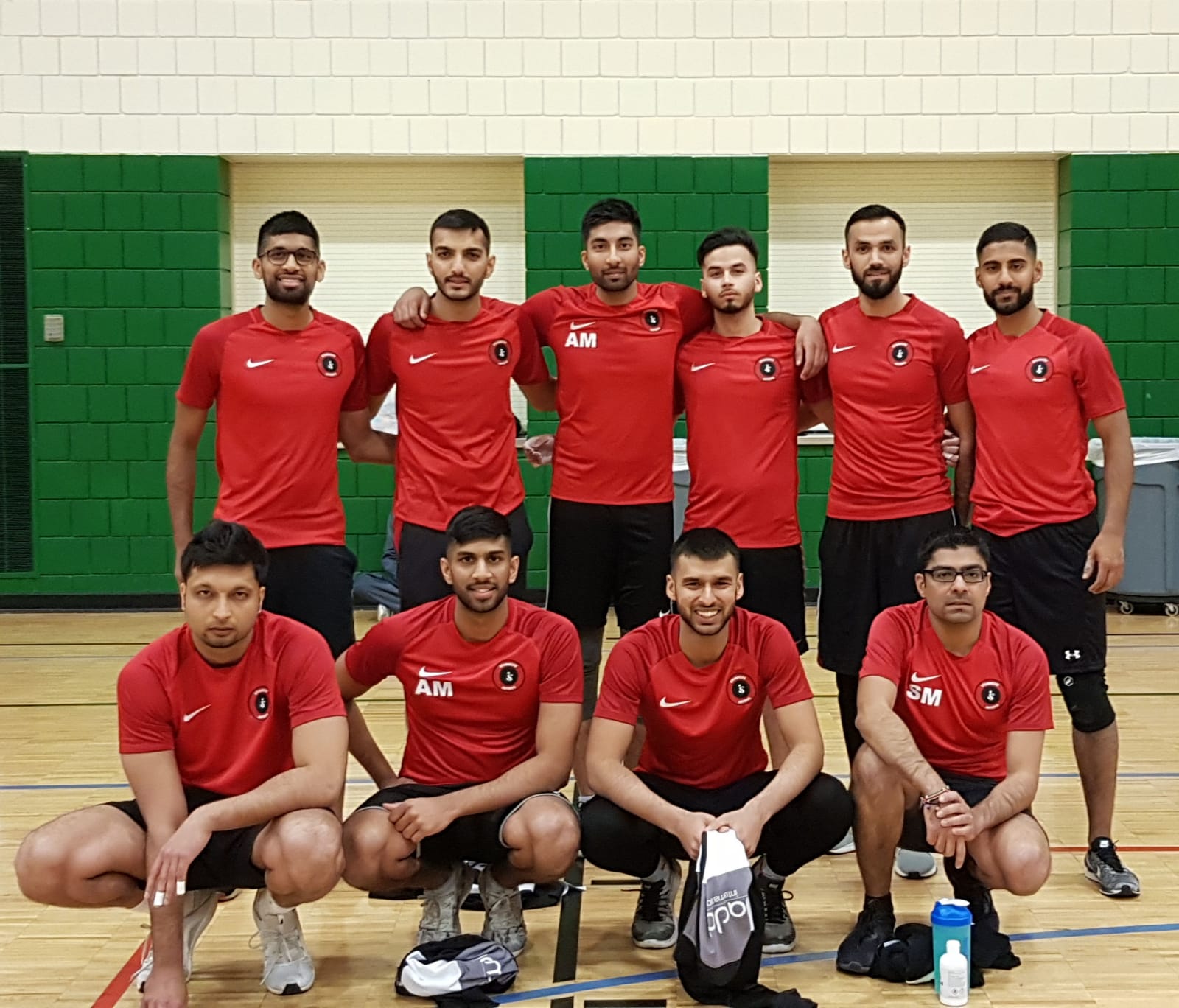 Shanu is quick to defend the dig that Stanmore Jaffreys haven’t been successful on the international platform. Aside from the domination in racket sports, there have been too many nearly moments in the Big 3. ‘Administratively, we are not just a Khoja benchmark. There are clubs outside our limited dominion that look to us for approach and leadership. Our relationships with governing bodies for sports in England is impeccable. For example, we had the FA Cup on parade at our Salaam Cup tournament. British Cycling were guests at our Ali Asghar Water Appeal Event. These kinds of links are unprecedented in our world, and the great thing is we have more to come’. In terms of bringing home silverware, Shaneabbas talks about being on a journey. He mentions COVID and how the effect of the pandemic has stunted SJ when they were on the cusp of greatness. I query, ‘So are SJ coming?’ He almost retches his response, ‘What are you on Mais? We’re already here!’ One charts Shanu’s relationship with SJ and marvels at the antipathy he once felt for the club. ‘I don’t think we were receiving new people very well. Our largeness is both our tonic and our curse. We’re definitely getting better and our aim is to be as inclusive as possible. However we have terms and conditions and we need commitments at our weekly sessions and at matches that don’t necessarily have the razzmatazz. You cannot rock up for a 5 match festival just because you are talented. There has to be some form of homage to our structure’. 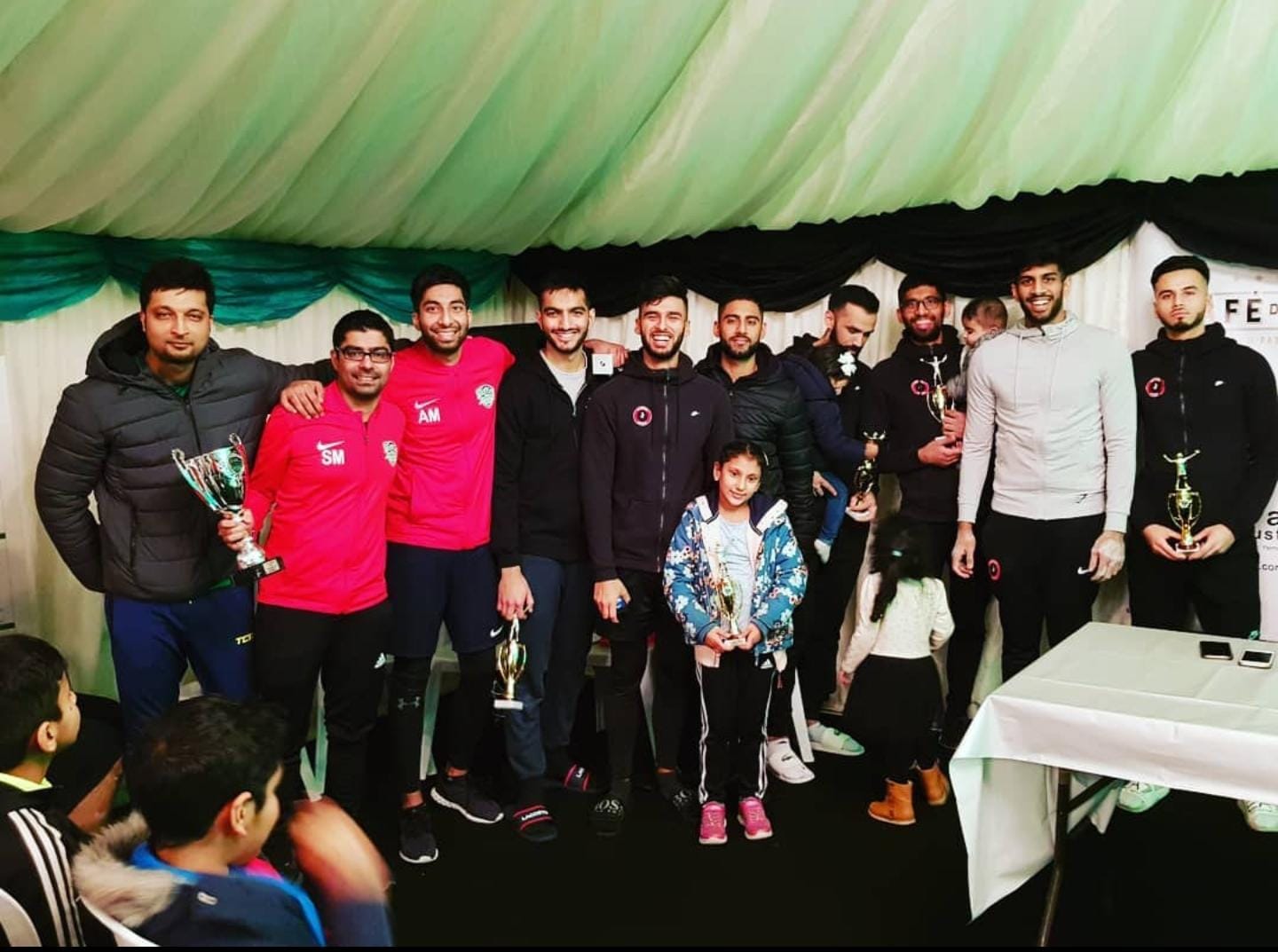 2021 though has plenty of promise. ‘Did you know Jaffery Sports Club in Mombasa was formed in 1921?’ Shane questions. ‘It seems almost apt that in 2021 we are on this move to form a Sports Club of our own in a city that has become the hub Mombasa once was’. The vision is to form a hub, to remove youthful distractions and to give the community a space to call home. There’s a great precedent for Shaneabbas to take from Toronto’s centre in Bathurst and he cites Toronto’s all-purpose centre as a fantastic example. ‘They have a school, sports facility and mosque all on one site. How perfect is that?’

As we draw to a close, Shanu elicits pride in the team he’s formed. He does warn me though, ‘SJ becomes addictive. Not a day goes by when I’m not involved in one way or the other. It’s just very enjoyable if I’m honest’. In these words one is given to the sense of really taking to his role at SJ. There 5-star standard is held as a sanctified mantra, as he closes our discussion with ‘we’ll deliver on our commitments. With style!’

Serving up “Rackethood” in Florida