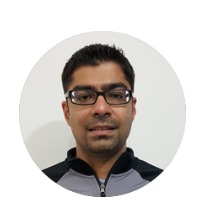 Stanmore Jafferys Volleyball has undergone significant progress and development over the past two years under the leadership of Shaneabbas Merali. SJ Volleyball is therefore pleased to announce that Shaneabbas will continue to drive the department over the next term.

Some of the highlights over 2 past years include:

Re-energise VB Sessions with re-introduction of a 2 Tier System:

Introduce new players to the game and re-introduce an academy session for a trial run:

Attend international tournaments with the view to establish SJVB as a premium VB outfit recognized globally amongst VB Community:

Following are the plans ahead for the next two years

The first part of this project has already commenced with an average of 55 players attending each of the last 3 sessions. We have created a Youth Squad and a Development Squad with specialised training programmes for both Squads. We ask for your support in sustaining this model and ensuring we secure the future of Volleyball at SJ.

Shaneabbas would like to extend the following acknowledgements for their support during the past term:

The Present & Past EC