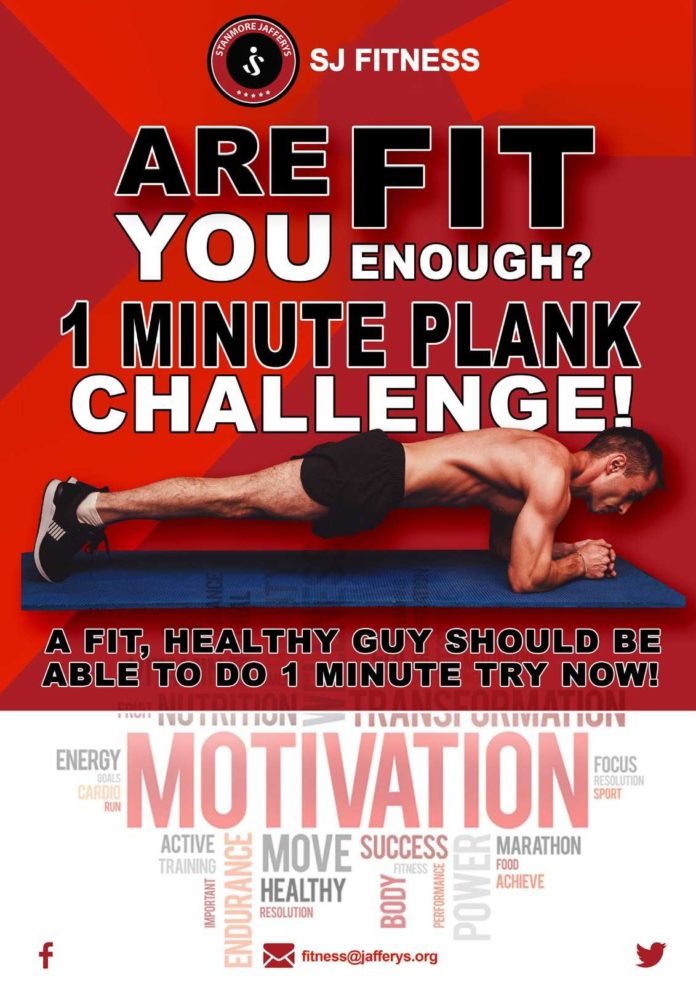 I) Plank challenge stall at SJRS:- On Sunday 7.7.19 SJ Fitness in collaboration with SJRS had a stall organised at event, with the grace of Almighty SWT we had an overwhelming crowd showing keen interest and taking on the challenge.

We had over 60 participants registering on the day, with age groups from 5 years old to 70 years old. The idea was to get each participant to hold the plank for 1 minute. However, due to the nature of the competitiveness and the leaderboard  display the excitement level took over. We recorded numbers which were way beyond our expectations.

Planks are one of the most effective exercises you can do. Why? Because they require a small time investment on your part, and offer the chance to achieve substantial results in a relatively short span of time.

By holding yourself in the position for a planking exercise, you’ll notice that your biceps, neck, and shoulder muscles are also being tested and strained. This this encouraging their buildup and development. This is great news if you like to do press ups, developed shoulder muscles will have a big impact on your press up performance.

When planking, you are holding yourself up through your arms and biceps and so by holding a planking position, your arm muscles are being toned and developed. Making planking a great alternative exercise to other forms of bicep developing exercises.

Moving down your midsection, successful plank exercises actually develop the muscles in your butt! These muscles tend to be ignored by a lot of exercises, so this is another great benefit of plank exercises.

In much the same way as you develop your biceps and arm muscles, holding the planking position helps develop the muscles in your thighs too.

How to Do the Basic Plank

5 Mistakes every runner should avoid