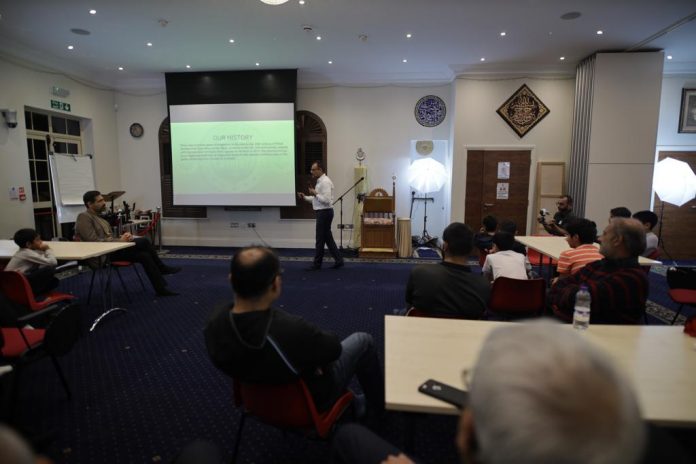 On Friday 8th November, Stanmore Jafferys and Hyderi Sports Club were invited to Wessex Jamaat to run a workshop with the objective of forming of an official sports body. 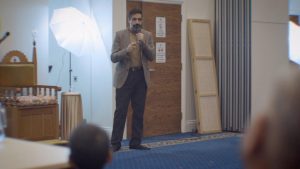 The delegation was accompanied by Ali Akber Ravji and Syed Mohammed Jawad from the SJ Social Media team to cover this event.

This was the second road trip in as many weeks for Team SJ, the previous being the WF Exco meeting in Birmingham. Once again, with Syed behind the wheel, I thought I was in Africa due to the car horns my ears were exposed to.

Soon after Sadqa taken out and Ayatul Kursi recited, Chaiwaala was spotted on the high street in Slough and a pit stop was taken at early stages of the journey. 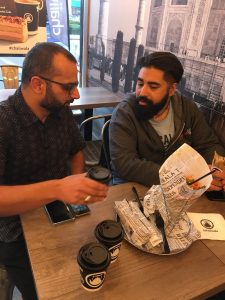 The evening commenced with a delicious pilaw and some great conversations with the elders of Wessex Jamaat where we walked down the memory lane learning about the great history and heritage of Wessex Jamaat.

Following a warm welcome from Mahmood Hooda, Navshir Jaffer set the scene by providing an insight to the Hyderi Sports set up. This was followed by Shafique Govani highlighting the key ingredients of the SJ structure and progress.

The floor was then opened to the membership split into various workshop groups discussing the opportunities and challenges faced. Around 70-80 attendees, ladies and gents representing various age groups, engaged in discussions across the six groups. These energetic conversations culminated in the last part of the programme where appointments to various positions were made. 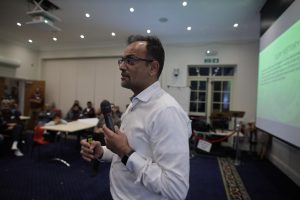 It was really refreshing to note young people stepping forward to assume responsibility and we are today witnessing the official set up of Al Mahdi Sports Club.

Stanmore Jafferys would like to extend its congratulation to Wessex Jamaat and looking forward to working together in the future. Furthermore, this event illustrated once again the power and blessings of inter Jamaat collaboration.

We would like to wish the new chairman Maqbool Jaffer and his team the best of luck and looking forward to the beginning of a very long and fruitful relationship – thank you for allowing us to be part of this amazing journey.

Special thanks to Mahmoodbhai and Nazneenbai Hooda for inviting us to their home for refreshments and Salaat. 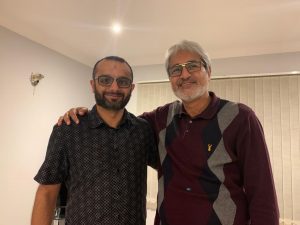