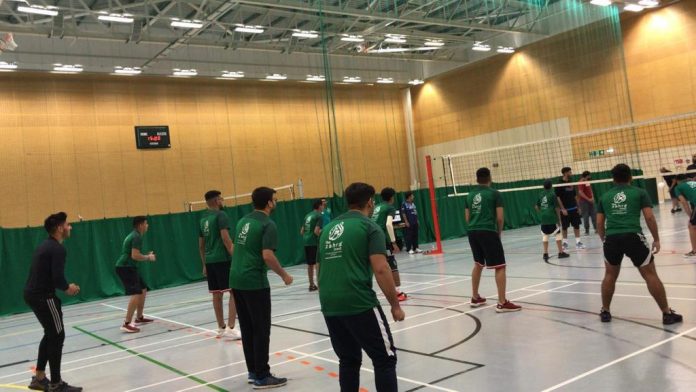 Stanmore Jafferys were represented by 2 teams at this championship tournament; a ‘youth’ team also known as Stanmore Jafferys Future Floaters’ and a selection of players across the two main tiers in the SJ VB squad.

This has seemingly become the recently adopted strategy by the SJVB coordinating team. As the SJVB ‘A’ – team has dominated within the top flight in the UK, the aim – to create a system whereby, younger / less experienced players who have shown potential are exposed to tournament environments – was perfectly summarised by the squads in Milton Keynes.

Stanmore Future Floaters – a team of young players with an average age of about 17 years – played on a circuit at Cranfield university, where only the best ‘championship’ teams had been invited. Note: the term championship has been loosely employed, as some of the teams were In fact premiership level teams. Representing these team were players who have won tournaments at the highest level. 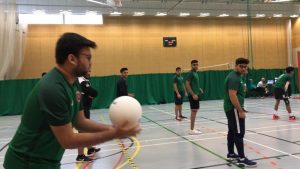 Nevertheless, the boys did really well, and despite what may seem a disappointing performance on paper, a semi- final plate cup loss is quite an achievement for such a young team. More importantly, however, they won the hearts of many that were watching and almost caused a serious upset to Milton Keynes in the semi-final. The boys lost to serve on the whistle with the score 12-12. The fight and determination along with moments of brilliance from the youngsters has only encouraged and reinforced our belief in the new focus on the younger generation of players in our community. 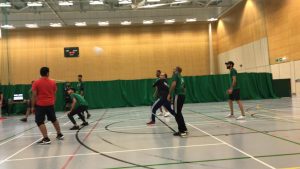 Among the best teams , was our very own Stanmore Jafferys championship team. After, beating Birmingham and Milton Keynes, the round robin was a comfortable run into a semi-final against arguably the best team at the tournament – LONDON ALL- STARS. With the help of NYC-2019 winner Nickhil, they were able to narrowly win on another 12-12 draw at the buzzer. Once again the less experienced players were exposed in more vital positions on the court but held their own. The loss was painful considering the high standards we set ourselves as SJVB – however , without mentioning the brotherhood and unity that these tournaments also enhance , the experience gained by the youth and younger players is the real win. 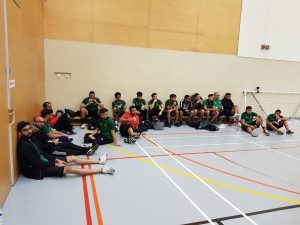 We hope to keep ensuring we having a minimum of two teams at each tournament and Inshallah aim to not lose sight of the bigger picture of creating a whole club of excellence. SJVB is grateful to the players playing at the highest level within our club who have realised the vision and have been hands-on In their support and encourage of the next generation. Over-all, with the club working together, SJVB Is very positive about the upcoming MAMT In April. Inshallah the boys can bring both the trophies home this year.