The SJFA Training Session on 16 February was hit by Storm Dennis. Some of our readers may not know that the equipment used by the coaches is stored onsite in a container which sometimes is referred to as Uncle’s Office!

As the coaches arrived for training at 2pm they were faced with the container uprooted from its foundation and its doors ripped from its hinges. The scene witnessed by the coaches epitomized the challenges faced by a grassroots club. 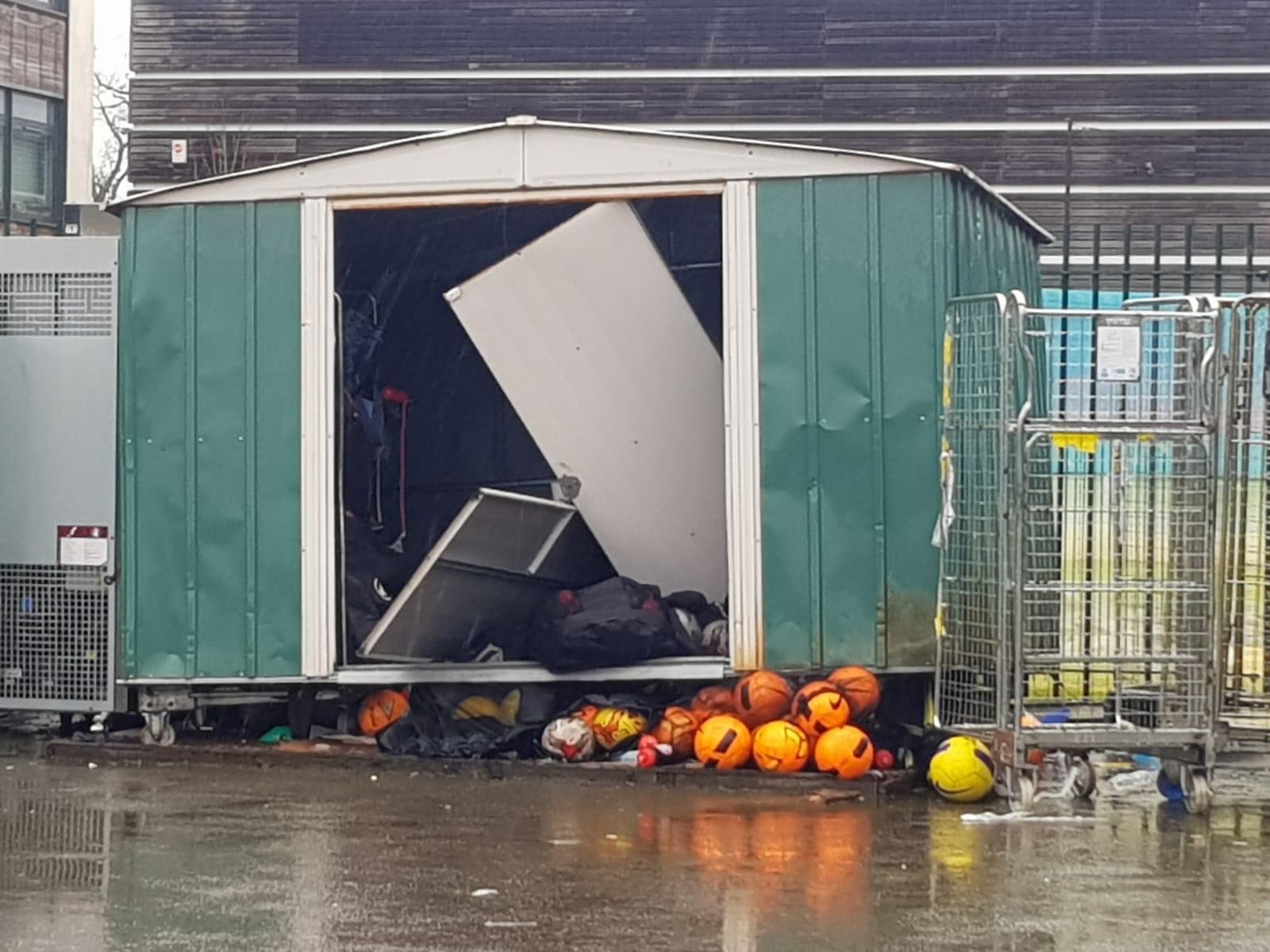 The SJFA coaches have over the years set the benchmarking on volunteering in the community and were determined not to be blown away by the stormy weather.

As the coaches continued with their training the Head of Operations and Club Secretary jointly worked together to fix the problem. Their efforts can be viewed here.

After 60 minutes of their efforts we were presented back with a fit for purpose storage container as seen below. 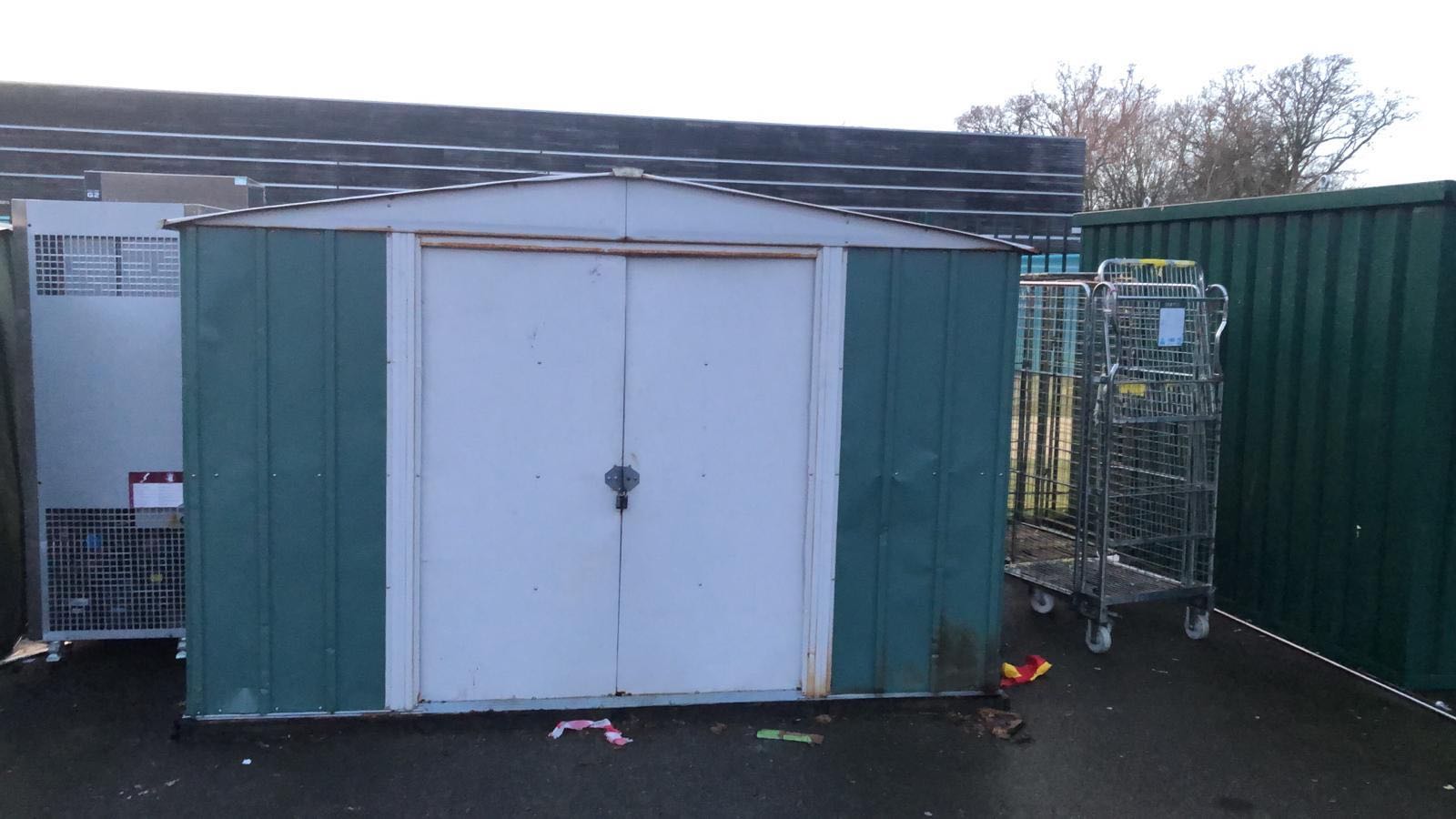 Once again the coaches are the bedrock of the club.