On a cold Monday night, we had a game waiting on our hands, two teams ready to battle it out. A game that could not be missed, we had lights, we had fans and we had cameras! 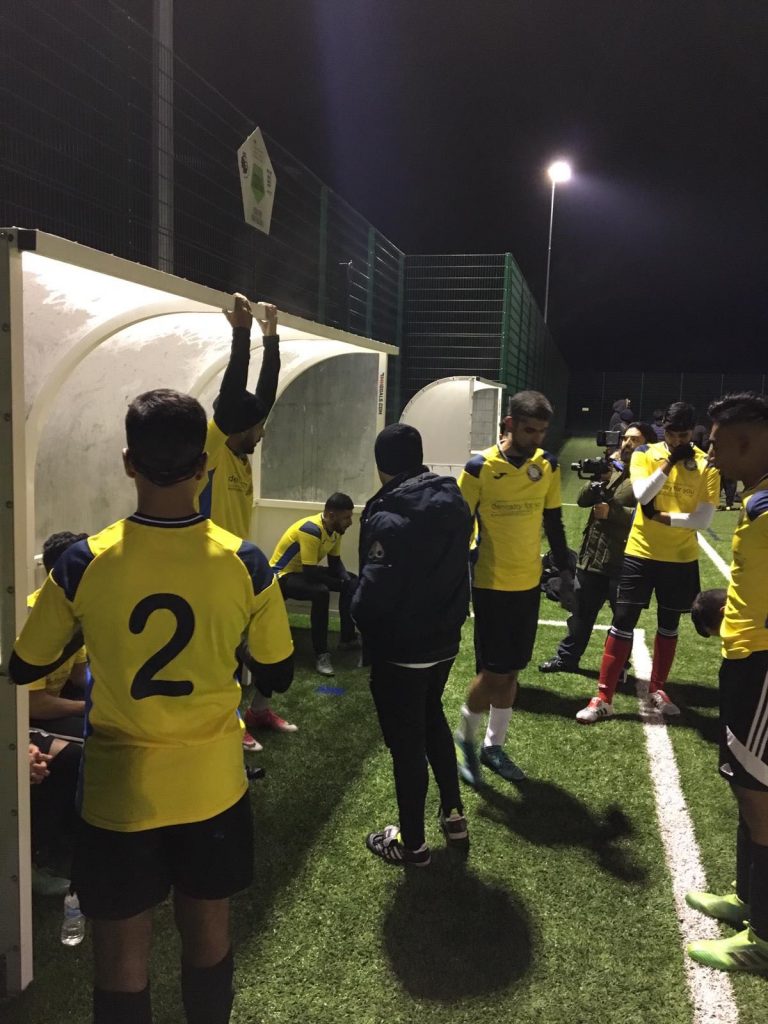 Both teams out on the pitch the nerves were starting to kick in for some. Kick off time, SJFC B start from kick off, SJFC A started pressure from early and SJFC B were playing well and were very compact. SJFC A we’re getting the ball down both the flanks with crosses coming in from both sides and missed chances from Amirali and Abbasali, a goal was coming and everyone felt it. As the game goes on, in the last 10 minutes of the first half the ball is played from the right into Gib who has made an excellent run and struck the ball first time straight to the back of the net!!, it was a magical goal and SJFC A take the lead before half time. 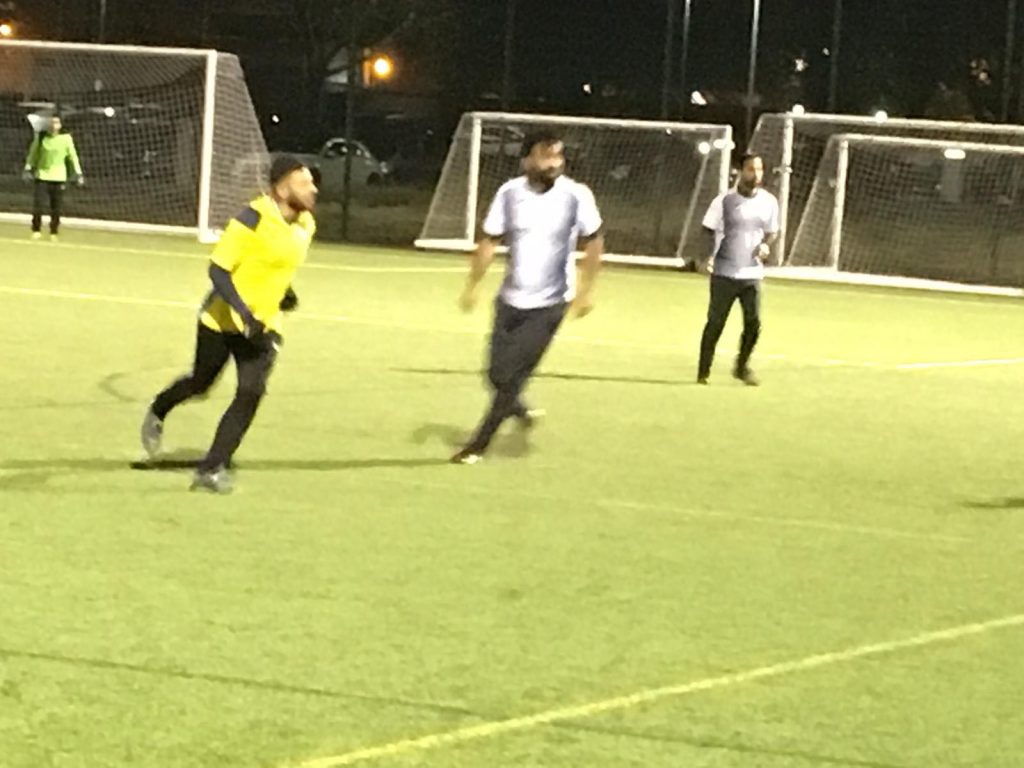 With the second half starting SJFC A we’re confident and dominated the first half but they also needed to be ready as SJFC B were going to come back stronger in the second half. As the second half starts, we see SJFC A playing football from the back and elegant passes going on between them, with SJFC B pressing high. As the ball gets played down the wing a cross is put in for Amirali he’s had to chase the ball from the over hit cross, he lines up for a shot and it’s blocked and gone to gibs feet and you guessed it, it’s hit the back of the net! 2-0 to SJFC A and Gib on a run to a hat -trick. SJFC B are keeping there heads held high and carrying on no matter the score. They start from the back and the LB plays a long ball in, he’s through on goal and is taken out from behind, the ref points to the spot!, SJFC A try to appeal it with the ref but it was clearly from behind the ref says. Mahdi Blue steps up to take the penalty for SJFC B, as he steps up with the glaring floodlights shinning, he puts the ball down and has a fast run up and has gone wide! He missed the penalty, but props to the keeper Maz who went the right way. As the game goes on, we find the ball at Mahdi’ feet he sees Amirali up top and plays and wonderful ball over to Amirali, the keeper starts to come out but the number 9 slots it in! 3-0 to SJFC A. 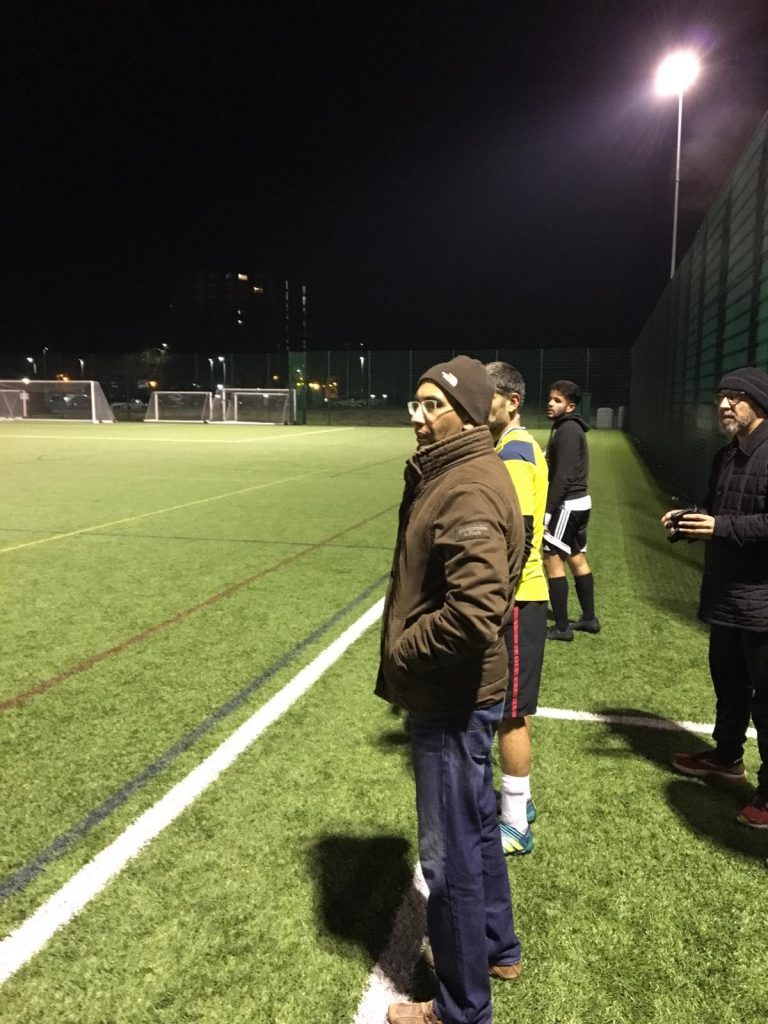 With minutes left of the game, SJFC A are on the ball down the wing, Yaseen running towards goal, goes past the defender, and he sees Abbasali in the middle he lays him off, He takes a touch and GOAL! A beautiful goal from just outside the box! Making it 4-0 to SJFC A. Written by Baqer Abboud