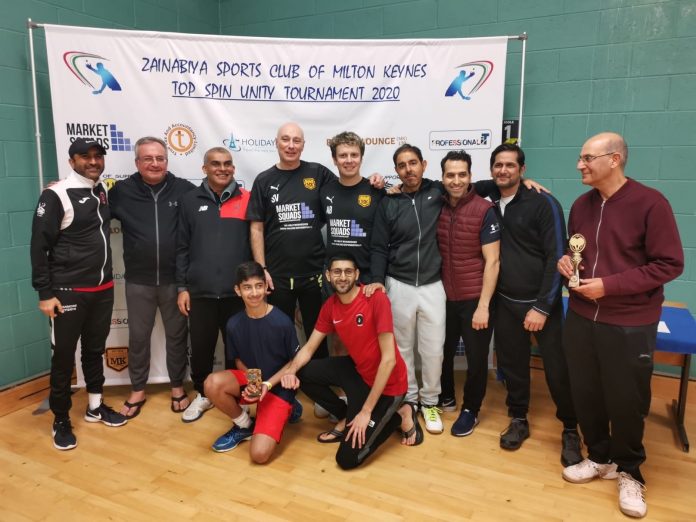 SJRS TT sent a squad of 10 players (6 advanced and 4 Intermediate players) to the Top Spin Unity Tournament on Sunday 12 January 2019. SJRS TT had the biggest squad of 10 maximum allowable players. The tournament was represented by table tennis players of all communities and was played at a superb and fitting venue for table tennis. The pool of players that participated was very strong and included 4 premiership standard players, 2 international ping pong champions and players who had travelled as far as Cornwall and Wales. The format of both the advanced and intermediate tournaments was a round-robin best of 3 games of 7 players per group with the top 4 going into the main knockout phase and the bottom 3 going into the plate event. 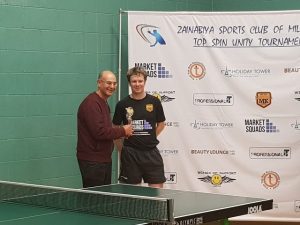 Mohamed Abbas Merali qualified to the main knockout phase having won 4 out 6 group stage matches before losing to Sibtain Allibhai in straight two games in the round of 16.

Faiyaz Nurmohamed won only one match in the group stages and qualified for the plate knockout phase where he beat Naushad Tejani of Peterborough in ¼ finals before bowing out in the semi -finals of the plate event.

Shiraz Jamal played amazingly well to qualify to the main knockout phase in a really tough group which contained the eventual winner and a ping pong sensation. He won 4 out of 6 matches. He then beat a decent division 2 player in the round of 16 before losing to Sibtain Allibhai in a close fought ¼ Final where he lost 2-1.

Irfanali Shivji also in the same tough group as Shiraz played really well to earn his solo win of the group stages . He then lost by 2-1 in the plate event in the round of 16 to the same player he had beaten in the group stages in a closely contested match.

Sibtain Allibhai was the star player of the advanced tournament amongst the SJRS squad. Fresh from winning Unity games in Dubai, he qualified for the main knockout phase having won 3 of his group matches in yet another tough group. He then played amazingly to beat Mohamed Abbas Merali  2-0 in the round 16 before winning a closely contested  ¼ final  against Shiraz Jamal  by 2-1 having lost the first game easily. He was the last man standing for SJRS in the semi-finals of the main event where he lost to premiership player 3-0. Even though he did not win silverware, reaching the semi-finals of the advanced tournament with a very strong pool of premier league and international players is no mean feat. Outstanding performance Sibtain!

Jabir Dhalla-  was the star player of the intermediate tournament amongst the SJRS squad. He qualified for the main knockout phase having won 5 matches in the group stage including beating the eventual runner up. He then beat a consistent defensive blocker 2-0 in the ¼ final where he played with immense maturity. He lost in the semi-finals of the main event to Sameer Merchant of Haideri in a closely contested match. He was awarded most upcoming player by the organisers and it was very much deserved. As a coordinator it is really satisfying to watch future stars like Jabir (only 12 years old) develop. He is a complete bi-product of the success of SJRS TT having started the game just over 2 years ago. Congratulations Jabir. Excellent performance! 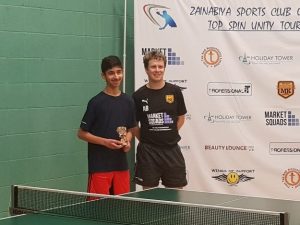 Javed Kanani- Played brilliantly to sail through the group stages and won 5 matches. He then beat Jay Shahrestani  2-0 in the round of 16 of the main event before losing in the ¼ final 2-0 to the eventual runner-up.

Jay Sharestani- Also won 4 of his group matches before bowing out to Javed Kanani in the round of 16 in the main plate knockout phase. Jay is also another direct success story of the growth of the SJRS TT Saturday sessions where he attends regularly and has improved his game.

Sadiq Merchant- was a late stand in for Aliraza Daya who had to stand down as he was recovering from the flu. Sadiq played well to qualify for the main event knockout phase having won 3 group stage matches. He lost in the round of 16 of the knockout phase to Nick London who was also the MC and a recognised FIFA commentator. Sadiq game has improved tremendously as he is a regular Saturdays session attendee.

The tournament was capped off by watching Andrew Baggaley ,  a two- time Commonwealth Gold medalist  and professional table tennis player warm up with his brother who is also a professional coach. He also played the winners of the advanced and intermediate. It was a fitting end to really well organized tournament and our thanks goes to our brothers from Zainabiya Sports Club MK for the excellent initiative, organization and hospitality. The spirit and brotherhood with which the tournament was played was exemplary. 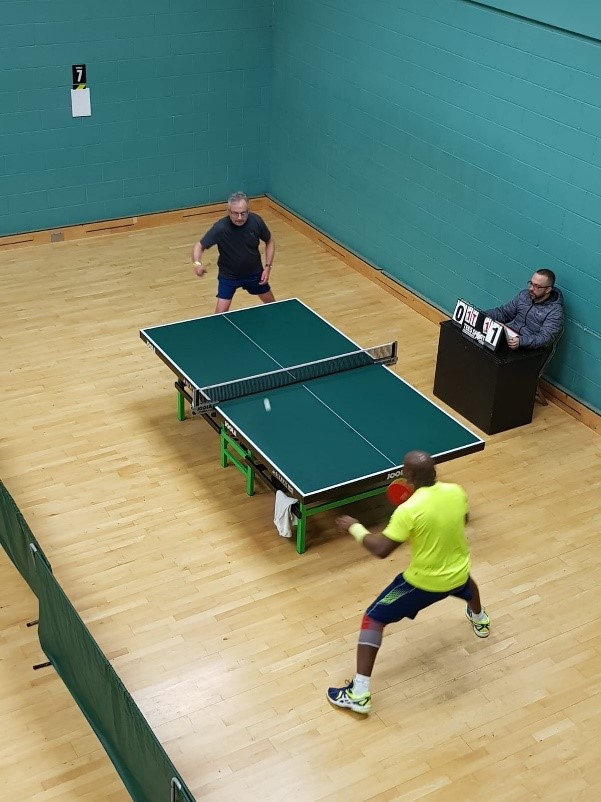 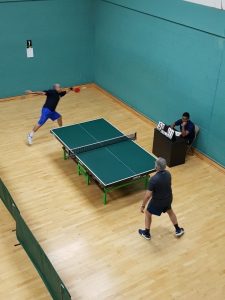 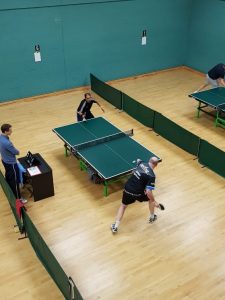 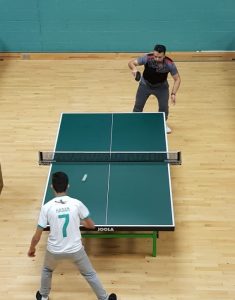 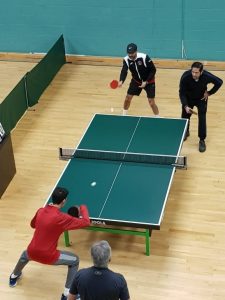 A huge thank you goes out to the entire squad for taking part, training hard and for demonstrating commitment to SJRS TT. The exposure gained in entering this tournament will hopefully serve us well going forward. Inshallah, we will endeavour to train even harder in the forthcoming year and give those premiership players a sterner test next year as we have every intention to take part in the forthcoming years. 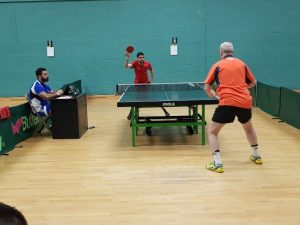 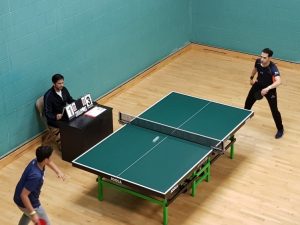