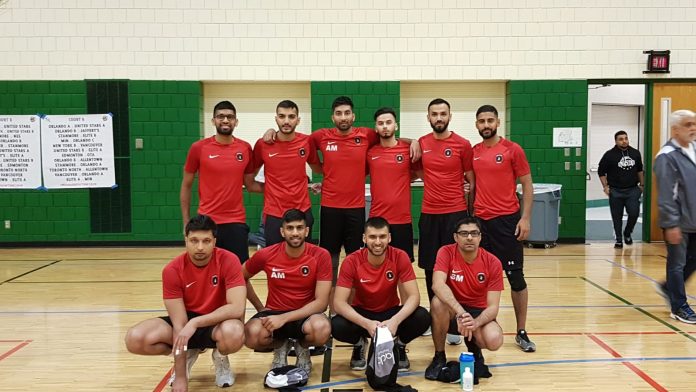 SJ VB narrowly missed out on the FINAL after a superb performance against the heavily decorated Toronto Jaffery’s. Losing set 1 of the semi-final, SJ came back and turned around 1-8 to win set 2 with a margin of 16-9. The final and third set was a nail-biter where SJ grabbed an initial 3-0 lead. Toronto gained momentum thereafter and worked their way up to 3-3 before moving up to 9-5 margin. The score-line was stuck for a long time with the serve switching back and forth multiple times. SJ gained momentum towards the end and grabbed 2 points but that was not enough and we lost on time with 7-9.

SJ reached the semi-finals after eliminating New York Union A in the quarter-finals with an impressive 2-0 victory. The final round was reached after impressive group stages where we won all games apart from Orlando A. This resulted in runner-up position qualifying us directly to the quarter-finals. Following last few years’ quarter-final knock-outs  in North American tournaments, our SJ VB A-team were determined to at least reach the last four in MinneShowTime following the Al-Wilayah victory over Toronto Jaffery’s in December on our home ground.  In the last team meeting, the belief was there to go all the way and bring the trophy home, but it was not meant to be this year. This SJ team has proven once again that we can compete with the top North American teams on their home ground and we are SO PROUD of our BOYS. AMAZING PERFORMANCE.We pray you have a safe journey back home after your heroic performance.

Keeping it in the Family – SJRS Father & Son Badminton...

That’s Why I Run – Ali Panju