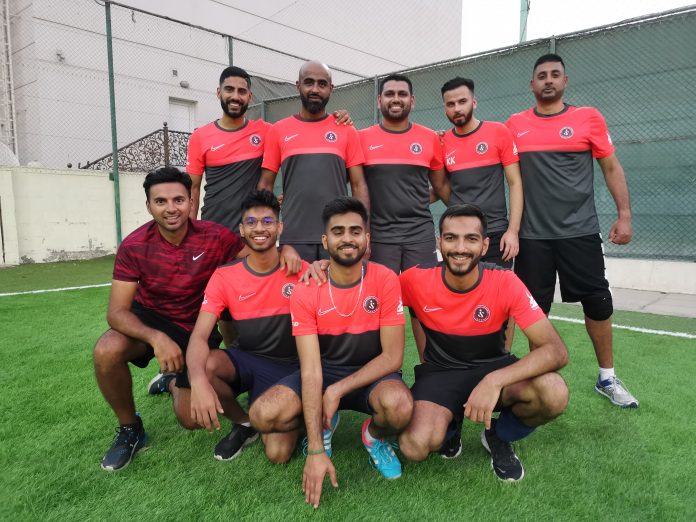 Stanmore Jafferys Volleyball are the most decorated volleyball side in the U.K. Domination on the domestic front has begun to yield some exceptional showings internationally. The semi finals in Minnesota 2018 being a particular high point, certainly putting SJ volleyball on the map as a side to definitely contend with.

Adopting a double-pronged approach initiated by the previous leadership, the volleyball teams are presently blooding youth into the tiered teams whilst continuing to challenge at the business end of tournament volleyball internationally. The strategy has sustainability at its core and has seen the likes of Khalil khaki, Mahdi Merali and Mohamed Datoo transition from tiered outfits to the apex of the system.

Whilst the pandemic put paid to the annual festivals we participate in worldwide, news of Dubai’s Pamojanawote Tournament hosted by the Torontonian GG Merali family really whetted the appetite. A squad of 19 were selected after a summer of traditional volleyball in Carpenders Park. Although steeped in Khoja heritage, traditional volleyball is difficult to play throughout the calendar year due to erratic British weather. As the days got shorter, we returned to LA for our regular sessions. Of the 19 that travelled, we were most proud of being able to field a team entirely made up of 14-19 year olds. Some, who have played with us for less than a year have shown incredible potential and promise. Along with many of the side who represented SJs in Dubai in 2019, we have mobilised what we think will establish the future of this club. 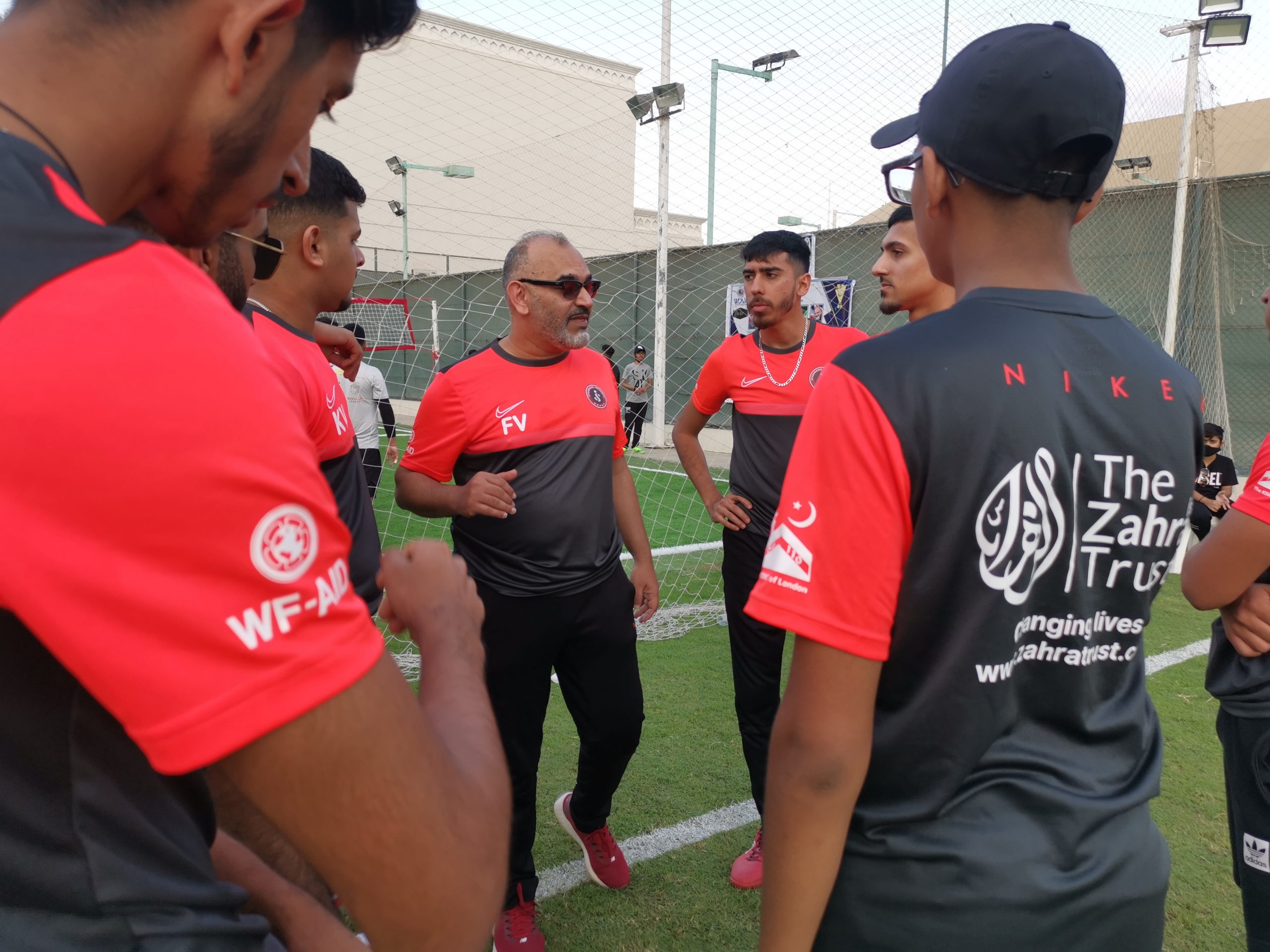 As for the tournament proper, A team plans were somewhat scuppered due to injuries to Abbasali Merali and Mohamed Mahdi Gulamhussein as well as a last minute positive Covid test for the captain, Kumail Khaki.

A slow start on Day 1 was turned around as the team became the first side to take a game of tournament champions, Team India. The knockout loss came to an experienced Tanzanian unit who unfortunately for us were the better side on the day. Onwards and upwards as we build on the numerous moments and positives we managed to build on and off the court. 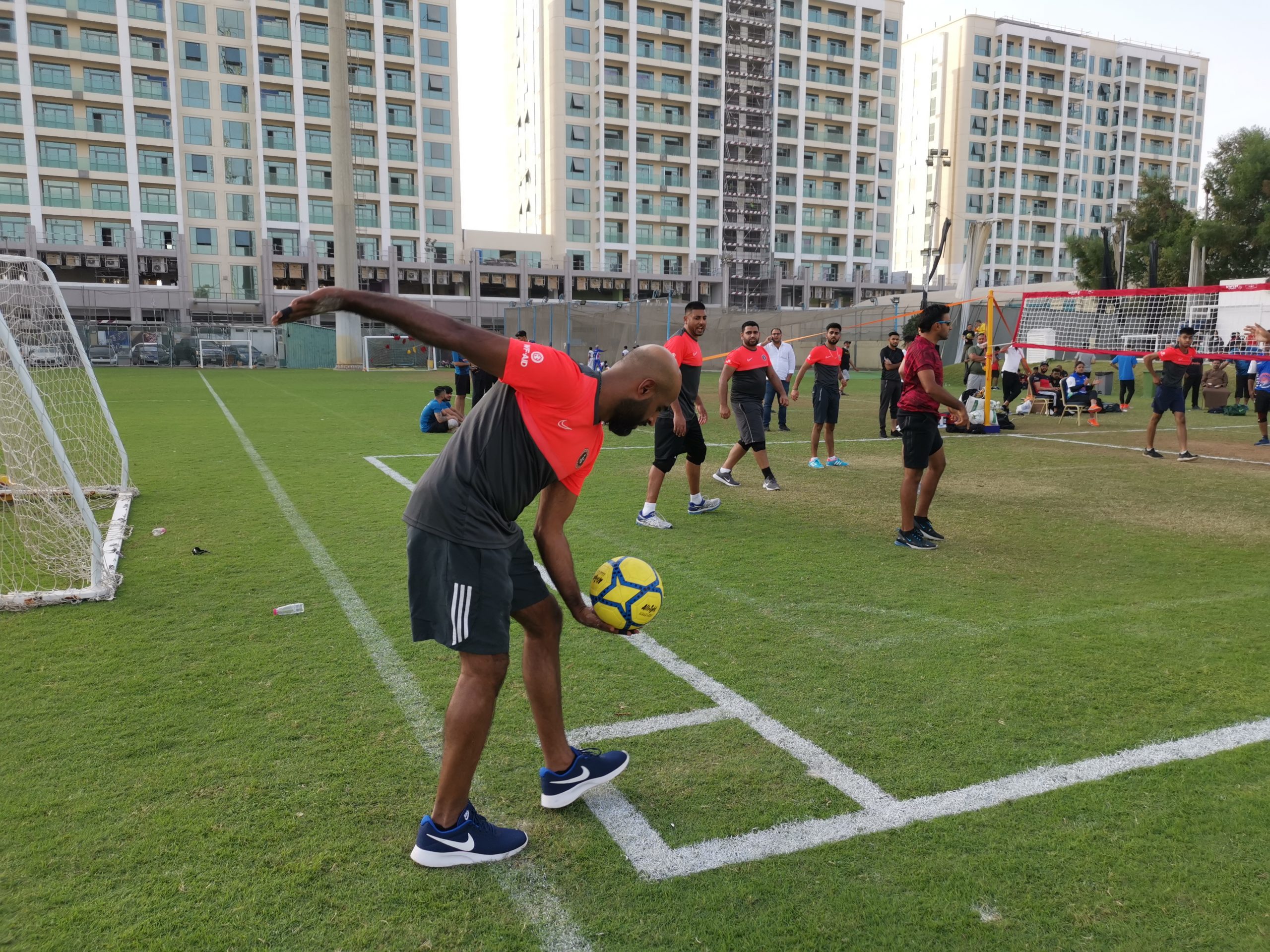 Our strategy of generating top level volleyball talent in our community has been strongly encouraged and justified by the performances we witnessed in Dubai. The youth team took games from experienced teams and displayed serious resilience against significantly better opposition. There were more then mere hints of great mental strength and unity but watching the boys pushing each other to reach greater levels felt like a real success. They too were beaten in the knock outs by Uhuru Dubai but really put up a fight and almost caused a serious upset. They have returned as wiser, more experienced players hungry to go again.

Overall, as we turn our focus to the indoor volleyball tournament soon to be held in the US, we hope to Inshallah continue our progressive run and continue to push the standard of volleyball nationally and internationally.