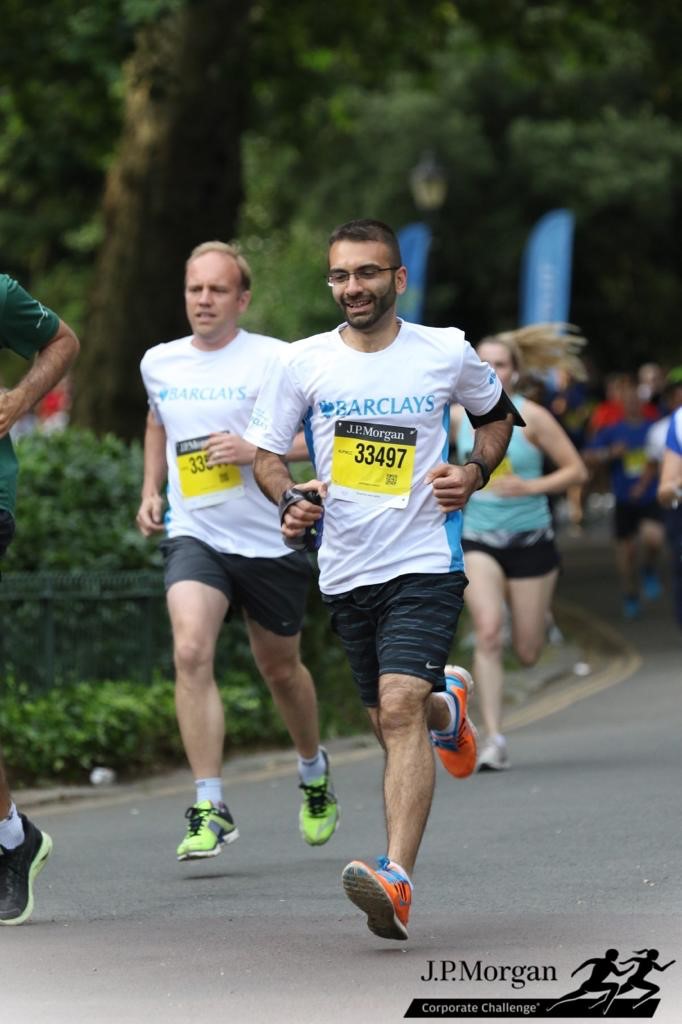 I started running about 4.5 years ago when I had a few unexpected health issues. I was around 15kg heavier than I am now and couldn’t run for more than 10 mins (if that!) on a treadmill without getting out of breathe.

I initially started running to improve my fitness and overall health, then gradually over time I found it was a great way to break up the working day whilst networking with my colleagues. A few years after that, I discovered Parkrun and that soon became a weekly part of my running routine.  The high that came with pushing myself week on week to beat my PB was almost addictive and the social interactions with my local community meant that I made many running friends both young and old!

When I first started running, I had a really good group of work colleagues that ran often. In particular, one of my colleagues was really encouraging and would run with me three times a week and then later encouraged me to do intervals and hill training to get my pace up. Even as my speed increased I would struggle to keep up with him (he was over 6ft tall and ran 5km in around 17-18 minutes!!). I can honestly say I was constantly being challenged to push myself every time I ran.

I love that it requires little preparation and can be done anywhere!! Running also helps me think things through, process my thoughts and clear my head.

The feeling after you’ve run is often better that the feeling you have during a run. Although, every now and again you have one absolutely amazing run when it feels like all the stars align and you are flying! For this one run all the other ‘not so good’ runs are worth it!

I have always considered myself to be a short distance runner (5-8km). My first 5km run time was around 30 minutes. A year later I was hitting closer to 20 minutes – and it took me almost another year after that to hit sub 20. That was one of my proudest moments. Running the Harrow Half Marathon without much long-distance training was another!

1) I find having a clear route at the beginning of my run helps me achieve the distance I set out to do.

2) Consistency is key! Getting out on days you are not feeling it are just as important as getting out when you are feeling it. Running after it snowed was definitely one of my most memorable moments!

3) Interval training and hill training are paramount for increasing speed and endurance and these should be included as part of training regularly.

4) Explore different routes! This helps mix things up and it’s surprising how much more of your surroundings you take in on foot.

5) I personally can’t eat much before a run, it weighs heavy in my stomach and is quite uncomfortable, especially if you are pushing yourself!

6) Running in a group, be it as part of Parkrun or as a running group can really push you to increase your speed without you realising. It also makes the experience much more sociable!

Tauseef Kanji – Evolution of the Machine