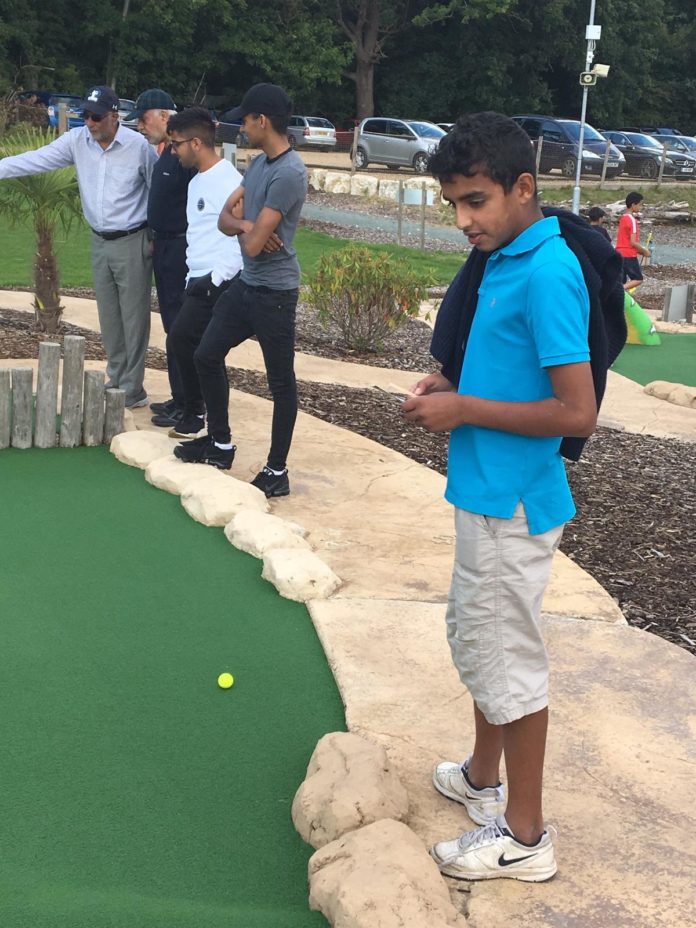 On a sunny Tuesday morning on the 20th of august, The Lost Jungle adventure golf course was a hub of activity for our seniors. The largest minigolf course in Europe was about to be played by some of SJ’s finest.

At around 9 the volunteers came to set up, organising games of carrom and draughts, as well as a delicious spread of food and drinks.

Soon, everyone was there and we started the day with a few words from Shafique Govani. The seniors began to really enjoy themselves, eating the food and socialising together.

Once they finished eating, they then started to play minigolf. Groups of four, assisted by one volunteer, were taken round the 18-hole congo course. The holes were very imaginative and a lot of fun, and they competed to see who could make the putt in as little shots as possible.

It was really good to see the joy on their faces as they holed one, and you can tell how invested they were by the shouts if a putt went slightly adrift.

The day went on, and time flew, and they soon were on the 18th hole. It was obvious for all to see how much they enjoyed it, and how much fun they had.
There were definitely some standout performers – results coming soon – but everyone had a really good time.

One of the best things was that it was definitely an opportunity which many hadn’t done before – which made it really nice to see.

I would like to thank all the seniors for coming out here, and to SJ for organising the event.