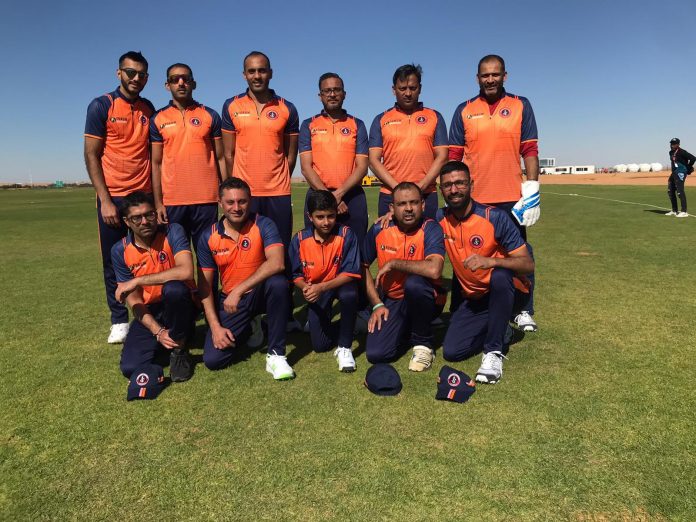 First and foremost I would like to thank SJ HQ for the support in preparation for the Unity Games 2019 at such a short notice.

The task I took over wasn’t an easy one knowing cricket was dormant within SJ for many years and the main aim for me and my team was to mobilise a cricket squad and prepare it for the Unity Games 2019 in a short span of time but going forward reviving the sport within SJ and take it forward after the Unity Games.

The standard of cricket we were competing against was at a different level to ours. We had an uphill task in all three departments in all the games I.e. batting, bowling and fielding. Despite at least 10 good indoor net sessions, lack of match practice did not help our cause. Having said the above – we still played some competitive cricket and gave all our oppositions a tough game.

First game – Nairobi – we came short of 22 runs which isn’t bad knowing that Nairobi had an international player which made the difference.

Second Game – Ibars (Semi-Finalist) – we put up a decent score on the board and took them up to 18th over again right till the end.

Third Game – Mumbai Haq – again a close game where we were short of players due to injuries.

From the above you can see all our scores were at par with the modern nature of the game. I would also like to mention that we had some serious injuries which saw us short in numbers at times.

We had our wicket keeper and opening batsman injured in the first game and later on another player injured during the games. Whilst these are not excuses but definitely played its part.

– Going forward if we are to compete at this level we need to get match practices and play in a T20 league or cup matches – this will definitely prepare us for such tournaments going forward.

– Playing in matches will groom our current and young and upcoming cricketers to show cast their cricketing abilities and make them tournament ready.

– Out of the few positives from the tour, I can definitely see there is talent in our community. It is how we groom this talent and give them the right opportunities to compete at the highest level and Inshallah winning the festival tournament one day. We have to look after the players who are willing to play for the badge they wear on the ground.

– Lastly, another positive note was the experience We as a team gained playing at this level with some of the established and seasoned players.

We have learnt a lot on how to be composed at different situations during the game and I can only hope this will enhance young cricketers careers going forward.

Inshallah if we plan accordingly from this very moment we will be ready to compete at the next Unity Games.

Lastly, I would like to take this opportunity to say well done team. You have represented SJ at high standards and made us proud.

We need to keep our heads up as we continue this journey into 2020 and it’s our duty to take cricket to a different level here at SJ.